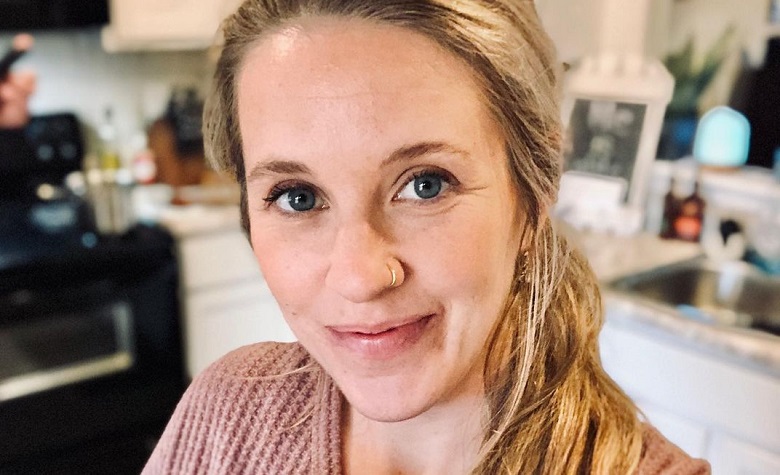 Counting On star Jill Duggar has been making headlines as she gets closer to finally giving birth to her third son. It also appears that their busy days are finally over after announcing that she and her family are finally settling in their new home. Jill even took to social media to share that Derick made a big fire pit in their yard. Jill also revealed that she’s been making recipes lately, showing that the kitchen part of the house is already functional. Now, Jill is back to share another update for the fans. This time, it’s about her preparation for her upcoming third son.

In a social media post, Counting On star Jill Duggar shared a picture of her washing baby clothes for her upcoming third son. “Washed some little baby clothes I saved back from the boys and I’m feeling all the feelings!” Jill said. “Can’t wait to welcome our little man next month!!” she added. It’s clear to see that Jill is so excited about the arrival of her third son.

Fans also took to Jill’s comment section to wish her the best in their pregnancy. At this point, Jill has yet to share if they already come up with a name for her third son. Meanwhile, some are hoping that Jill’s siblings as well as her parents will pay a visit once her third son arrives.

Is Derick Dillard Already Working On His New Job?

Counting On fans are also wondering if Derick Dillard is already working on his new job. Apparently, Jill Duggar and her family had to move to a new house to adjust to Derick’s new job. Meanwhile, fans are already expecting that Derick will become more inactive on social media in the coming days due to his new career. Nevertheless, fans are glad that Jill and Derick have been successful in their lives.

Counting On: Another Duggars Is Expected To Give Birth

Aside from Jill Duggar, Counting On fans are also excited about another Duggar who is expected to give birth after her. It’s none other than Abbie Duggar, who previously announced her pregnancy with her second child. At this point, Abbie and John Duggar have yet to share the gender of their upcoming child. However, the two recently uploaded a picture of them wearing blue clothes, and fans think that it’s a hint that they’re expecting a baby boy.

It’s clear to see that the Duggars keep growing throughout the years. Unfortunately, it seems that they won’t be able to document their growing family anymore after cutting ties with TLC.