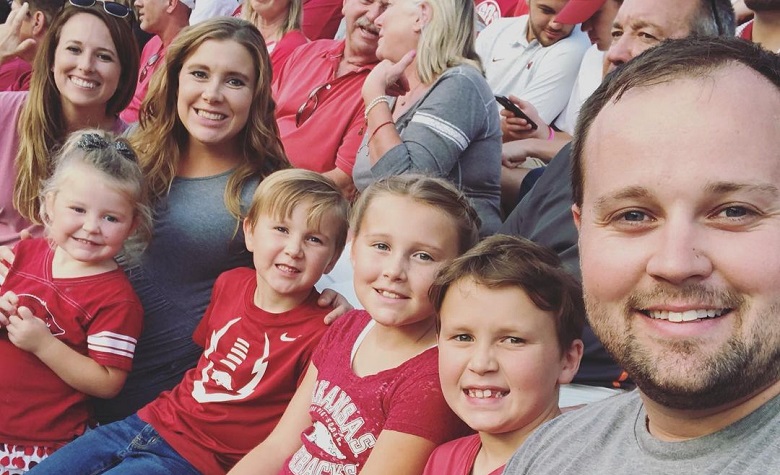 Counting On fans have been keeping their eyes close to the Duggar family lately. Apparently, the Duggars have been facing so many controversies since Josh Duggar’s CSAM arrest. It also appears that things are only getting worse for them since Josh’s sentence. Fans are also calling out Jim Bob and Michelle Duggar for their efforts in helping Josh defend his case despite all of his immoral sins. Now, fans are wondering who will watch over the kids and Josh after he’s done spending his time in jail.

Counting On: Who Will Watch Over Anna Duggar’s Kids After After Josh’s Sentence

Counting On fans took to Reddit to discuss who will watch over Anna Duggar’s seven kids after Josh Duggar’s sentence. According to some, it’s possible that someone from the Duggars might have to watch over Josh’s behavior towards his kids when he’s back from jail. Fans also think that Anna herself might look after her husband, but some think that she shouldn’t be the only one doing it. Meanwhile, others think that things will be a lot different after Josh’s 12.5 years in jail as some of his kids will become adults at that time.

At this point, Counting On star Anna Duggar has yet to share if she’s planning to file a divorce against Josh Duggar. However, fans have seen her supporting Josh throughout his trials. There are also reports stating that Anna was upset by Jim Bob and Michelle Duggar’s inability to help their son defend his case. Due to this, fans think that Anna will stay with Josh even after his 12.5 years of jail time. On the other hand, Amy Duggar has been encouraging Anna to leave Josh. But it seems that Anna no longer listens to Amy due to her estrangement from the family.

Counting On fans also noticed that Jim Bob Duggar and Michelle Duggar have been silent on social media. It seems that the two are still trying to avoid controversies caused by Josh Duggar’s CSAM arrest. Apparently, Jim Bob and Michelle have been receiving tons of criticism for trying to help their son defend his case. Meanwhile, reports claimed that Jim Bob has been suffering so much stress due to the damage that Josh brought to his reputation.

It’s clear to see that things are still falling apart in the Duggar family. Some also think that Josh’s sentence will make it harder for them to make a TV comeback.