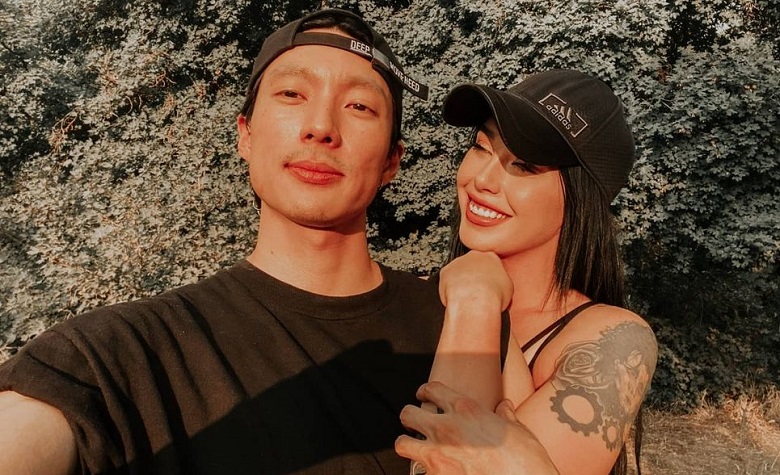 90 Day Fiance star Deavan Clegg has been making headlines after announcing her pregnancy. Apparently, Deavan is expecting her third child. Fans are glad that Deavan is now happy with her life with Topher Park. Meanwhile, fans are also praising Topher for his efforts toward Deavan’s kids. Fans have also seen how attached Taeyang and Drascilla have become to him, showing that they have accepted him as their father. Now, Deavan is back to share another update for the fans. This time, Deavan shares exciting news after a long social media break.

In a social media post, 90 Day Fiance star Deavan Clegg shared a picture of her as she shares exciting news for the fans. According to Deavan, she’s finally back with her online activities after taking a long break from social media. “Are you ready for summer? I have so much planned and a lot of vlogs coming your way!” Deavan said. “After taking a long social media break from vlogging. I’m ready to get back out there and share our journey again!” she added. Due to this, fans can expect more wholesome content from Deavan soon. Fans are also hoping that some of it will be travel vlogs as well as videos of her bonding time with Topher Park.

90 Day Fiance star Deavan Clegg also took to social media to share an adorable picture of Taeyang and Topher Park. It’s clear to see how close Taeyang and Topher have become in just a short amount of time. However, fans think that Topher’s kindness towards the kids played a huge role in why they love him. Fans are also starting to accept Topher as a father to Deavan’s kids more than Jihoon Lee. Meanwhile, fans are still hoping that Jihoon will do something to keep in touch with his son.

90 Day Fiance: Jihoon Lee Remains Silent When It Comes To His Son

At this point, 90 Day Fiance star Jihoon Lee has yet to share updates when it comes to his son, Taeyang. He’s been posting pictures of him bonding with his friends. According to some, it seems that Jihoon is trying to distract himself from the fact that he’s can’t do much to fight for his son after cutting ties with his legal time. However, fans think that Jihoon won’t be able to escape reality and that he should still do something to prove his worth to Taeyang.

Meanwhile, Deavan Clegg has yet to share if Jihoon is still talking to Taeyang. But she already made it clear that Taeyang is aware of his biological father and will always be open for Jihoon to talk to his son.