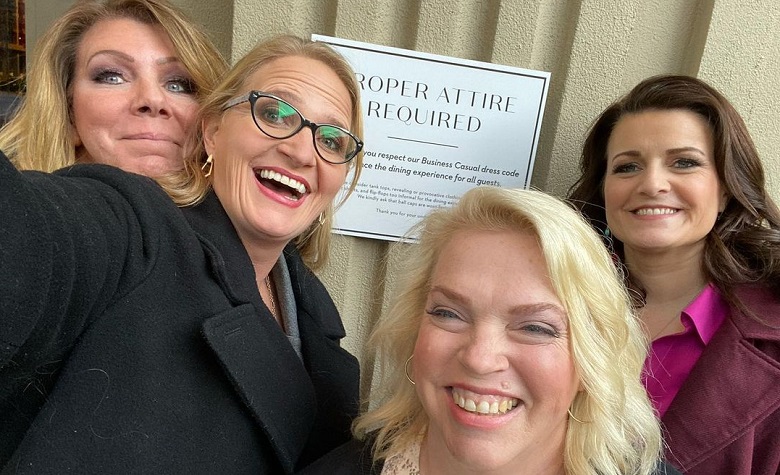 Sister Wives fans have seen Kody Brown’s wives starting to live their own lives lately. It seems that things are only getting worse in the plural family. Fans also think that Kody is not doing enough effort to keep his family on the same page. Instead, he’s only making it worse by making his unfair relationship with Robyn Brown more obvious. However, fans noticed that the other wives are starting to show signs that they’re no longer affected by Robyn and Kody’s monogamous-like lifestyle. Apparently, Janelle Brown and Meri Brown have been busy hustling on social media and bonding with their friends and families. Christine Brown has been living her best life in Utah after leaving Kody as well. Now, Mother’s Day just passed and it seems that the wives have to mind their own businesses.

Sister Wives fans have been waiting for the wives to share how they celebrated Mother’s Day. However, it seems that nothing much happened as some of them only celebrated it indoors. One of them is Christine Brown, who spend some time with Paedon Brown in Utah. Fans also think that some of Christine’s kids paid her a visit, but kept it private from the fans. Ysabel Brown also took to social media to share an adorable throwback picture of Christine with the caption, “Happy mother’s day mommy.” Meanwhile, Kody and Robyn Brown remained silent online. Fans also think that the two celebrated Mother’s Day together without the other wives.

Sister Wives star Meri Brown also took to social media to share how she celebrated Mother’s Day. Apparently, Meri spent the special day in her B&B. She even shared pictures of her mother and her grandmothers from past generations with a caption that says, “A legacy of strong, tenacious, brave, loving women. Licky to be part of this group!” Meri also shared that she’s happy to be a mother of Mariah Brown. It’s still unclear if Mariah paid a visit to Meri in her B&B and celebrated Mother’s Day with her.

Sister Wives star Janelle Brown has been active on social media lately. Most of the time, Janelle promotes her diet drink and encourages her fans to follow her program. At this point, Janelle has yet to share how she celebrated Mother’s Day. Her recent posts were still about her diet program promotions. However, fans think that Janelle’s children can easily spend time with her during Mother’s Day. On the other hand, fans are no longer expecting Kody to pay a visit to Janelle or to any of his wives.

It’s clear to see that the wives are celebrating Mother’s Day apart. Fans are also pointing fingers at Kody for making his family fall apart due to this poor decision makings.