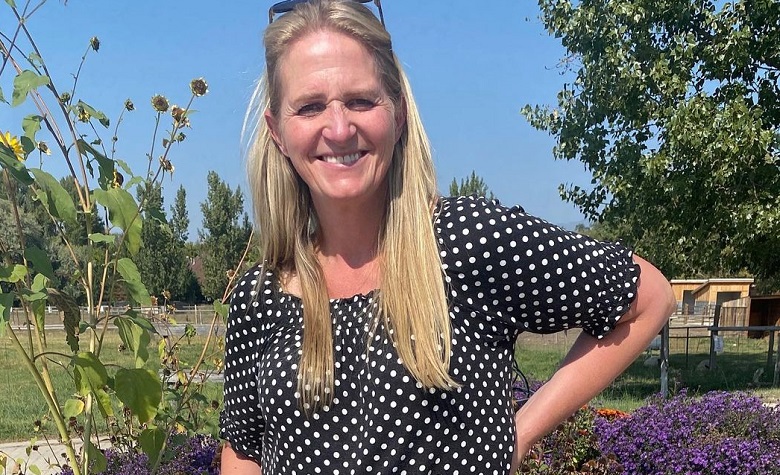 Sister Wives fans have been following Christine Brown’s son, Paedon Brown, over the past couple of months. Apparently, Paedon loves to go live on popular social media websites where he answers different questions from the fans, especially when it comes to the plural family. Fans also love how he often shades Kody and Robyn Brown due to their unfair relationship. Now, it seems that Christine wants to join his son with his online antics. Fans are also excited as Christine might soon share more information regarding her split with Kody and the current status of the family.

In a social media post, Sister Wives star Christine Brown shared a picture of her with an announcement that made a lot of fans excited. “I’m on TIKTOK!! WAHOO! @paedonbrown thinks I should tag him. Silly boy,” Christine captioned. It’s clear to see that Christine wants to have fun with her life, and fans think that joining such a popular social media website is a good idea.

Some also took to Christine’s comment section to talk about how happy and glowing she looked lately. Meanwhile, fans are already expecting hilarious content from Christine and Paedon Brown soon. However, some are also hoping that Christine will share more details about her current status with Kody Brown and the plural family.

At this point, none of the other wives have acknowledged Christine Brown’s arrival on TikTok. However, Sister Wives fans are not expecting them to join her as they’re currently busy with their own lives. Apparently, Meri has been managing her B&B lately. She even took to social media recently to warn people to stop stealing flowers from her B&B. On the other hand, Janelle Brown has been busy promoting her diet product online, but fans think that Janelle could use such an application to promote her healthy lifestyle even better.

It’s been quite some time since Sister Wives star Kody Brown last touched his social media account. Apparently, his last post was about his split with Christine Brown last year. Robyn Brown hasn’t touched her social media for years as well. Her last few posts were also filled with criticisms and hate comments as fans continue to blame her for the struggles of the plural family. Due to this, fans can expect that the two will remain silent and live their own lives privately.

There are rumors stating that Season 17 is already in the works. Fans are also hoping it will feature a more positive storyline where Kody tries to fix his struggling family.

‘Counting On’: Jill Attends Festival With Family In Stilwell, Oklahoma
‘Counting On’: Amy Duggar Planning To Write A Letter Against Josh?
‘Counting On’: How Does Josh’s Conviction Affect The Duggars?
’90 Day Fiance’: Yara Zaya Talks About Plans For Baby Number 2
‘Sister Wives’: Janelle Travels To Sedona With Christine & Kids