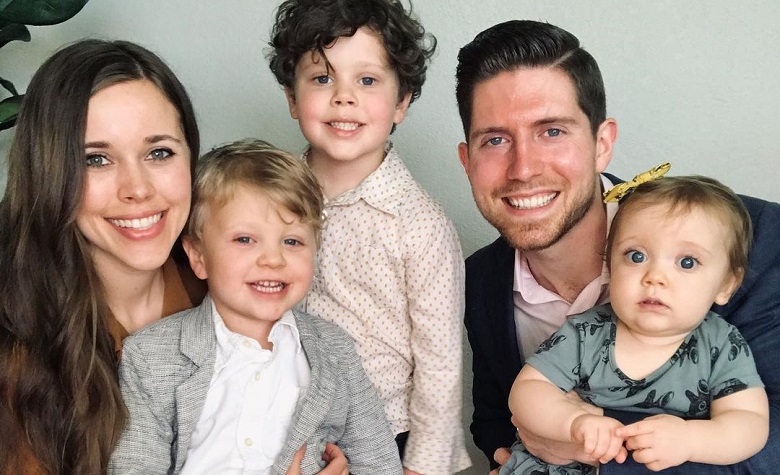 Counting On fans have seen Jessa Duggar and Ben Seewald’s happy marriage throughout the years. However, fans think that the two have struggled a lot early in their relationship. Fans also think that it left a mark on their marriage up until today. Apparently, fans have been pointing fingers at Ben for not doing anything for his family. According to some, it appears that Jessa has always been the one who takes care of the family. Now, fans shared their thoughts about Ben’s attitude towards Jessa despite his lack of support for his family.

Counting On: Why Fans Don’t Like How Ben Seewald Treats Jessa Duggar

Counting On fans took to Reddit to discuss why they don’t like how Ben Seewald treats Jessa Duggar. According to some, it seems that there’s always something behind Ben’s behavior when he’s with Jessa. Others agree and said that Ben often looks awkward and shows a poker face during Jessa’s vlogs. However, others think that he shouldn’t show such behavior as he’s the one who can’t support his family. “He expects Jessa to do everything around the house but acts like a passive-aggressive child over the bare minimum expectations,” another person added. Meanwhile, some think that they’re just trying their best to hold on to their marriage for the sake of their kids.

Counting On star Jessa Duggar has been sharing wholesome updates about her family lately. Despite the rumors of her feud with her husband, Jessa still posts clips and pictures about him. However, some asked Jessa in her recent post why Ben looks angry. “Why’s your husband look so angry?” one fan asked. Luckily, Jessa responded quickly and in an adorable way. “It’s called intense about studying the menu,” Jessa said. Meanwhile, some are not having it and think that Ben has always been like that and it’s been worrying the fans.

At this point, Counting On star Jessa Duggar has yet to share if they already moved. However, it’s been a couple of weeks since she last posted online. Due to this, fans are speculating that they’ve been busy with their new house. Apparently, Jessa revealed that she and her family will be moving to a new fixer-upper. She has already shared clips of their new home and fans think that it looks much better than their current home.

Meanwhile, fans are hoping that Jessa will soon share a vlog inside their new home. Many are also wishing Ben and Jessa to stay strong in their marriage and prove the critics wrong.

‘Sister Wives’: Meri Wants To Keep On Trying Amid Struggles With Kody
‘Sister Wives’: Why Do The Browns Keep Struggling In Flagstaff?
‘Counting On’: Amy Duggar Planning To Write A Letter Against Josh?
’90 Day Fiance’: Yara Zaya Talks About Plans For Baby Number 2
‘Sister Wives’: Fans Want TLC To Go All Out On The Brown Family