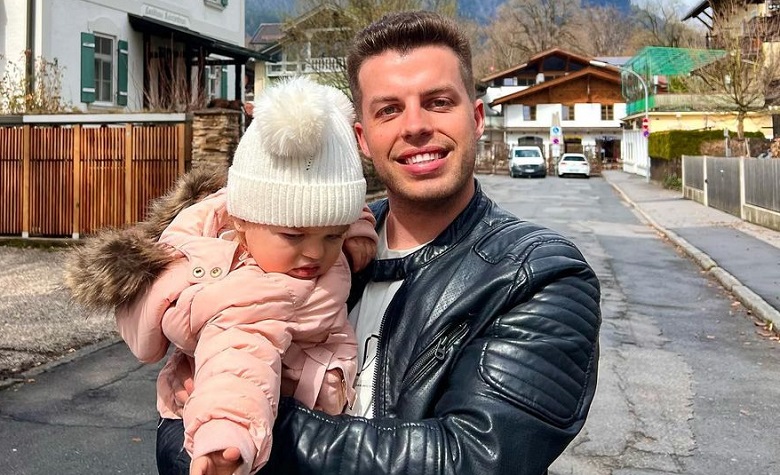 90 Day Fiance star Jovi Dufren has been keeping in touch with the fans lately. Most of the time, Jovi shares adorable updates about his family. Fans are also praising Jovi for his efforts on keeping his wife, Yara Zaya, happy amid all the stress she’s been going through lately. Apparently, Yara has been devastated by the ongoing war in her home country, Ukraine. However, it seems that Jovi doesn’t want any negativity around his family. Now, Jovi is back to share another update for the fans. This time, Jovi shares a wholesome clip of him and Mylah.

In a social media post, 90 Day Fiance star Jovi Dufren shared an adorable clip with Mylah. Apparently, Mylah can’t stop hugging her father, showing how much she loves him. “My little sunshine. Nothing can be more special than this in my life. She ran to the bed and wanted to jump up just to hug me,” Jovi said.

Moments later, fans took to Jovi’s comment section to talk about their sweet bonding time. “Oh, my heart! She’s so adorable!” one fan said. “Omg seeing Jovi in dad mode makes me smile. Y’all are doing so good,” another fan added. Fans also think that Jovi is now fully committed to his family and has finally stepped away from his past habits of drinking and partying.

Yara Receives Her Own Special Episode

90 Day Fiance fans are also glad that Yara Zaya will be having her own TLC special episode called 90 Day Diaries: Ukraine. However, it’s a bit different this time as Yara will open up about the ongoing war in her home country. The special episode will also feature Yara talking about the current status of her family in Ukraine and how she’s been dealing with all the stress. Natalie Mordovtseva and Maria Divine will also join Yara in the special episode, as they also lived in the same country.

At this point, 90 Day Fiance stars Jovi Dufren and Yara Zaya have yet to share updates about their plans to move. Jovi previously revealed that they’re still looking for a place to settle down. However, it seems that the recent heartbreaking events in Ukraine put a stop to their frequent travels as Yara Zaya needed more time to recover from all the stress. Meanwhile, fans have been showing support to the couple by leaving motivational and strong messages on their recent posts.

It’s clear to see that Jovi and Yara are trying to live their best lives despite all the stress. Fans are also praising Jovi for his efforts in keeping his family happy and being an example of an amazing husband and father.