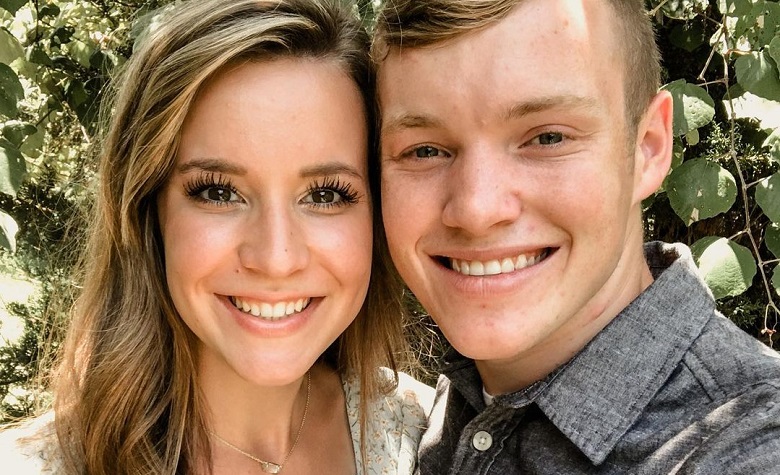 Counting On stars Justin Duggar and Claire Spivey have been silent on social media lately. However, fans are happy that the two have been enjoying their marriage. There are also times when fans spot the two attending different Duggar gatherings, showing that they’re still going strong in their marriage. Now, Claire finally makes her return to social media. She also stunned the fans with her glowing look, and it seems that she’s still not pregnant as well. Apparently, fans think that their absence is due to Claire’s pregnancy, but it seems that it’s not the case at all.

In a social media post, Counting On star Claire Spivey shared glowing pictures of her during her visit to a plant nursery. “Went to a nursery this afternoon and now very ready for spring,” Claire said. Claire’s glowing look also caught the attention of many. It seems that she’s looking more glowing lately, showing no signs of stress. It also appears that Claire and Justin Duggar have been having a blast with their marriage by how happy they look lately.

Counting On star Claire Spivey also shuts down the rumors of her pregnancy. According to some, Claire’s recent photos show no signs of being pregnant. Fans also think that it may take some time before Claire and Justin Duggar start a family as they continue to enjoy their lives as a young married couple. At this point, Justin has yet to share any updates regarding his life with Claire. However, fans can expect that it will stay that way after all the recent controversies of the Duggar family.

Counting On stars Justin Duggar and Claire Spivey are still living in Texas close to the Spivey family. It also appears that the two decided to settle in Texas to stay closer to their workplace. According to reports, Justin and Claire are both working on the Spivey family’s construction business. It’s also believed that Justin is still flipping homes similar to his father, Jim Bob Duggar. It’s clear to see that Justin and Claire are living their best lives. Despite keeping a low profile lately, fans are glad that their marriage is getting much stronger.

It’s unclear if Justin and Claire attended Jeremiah Duggar and Hannah Wissmann’s wedding. However, fans think that most of the Duggars were in attendance and Justin was most likely there as well.