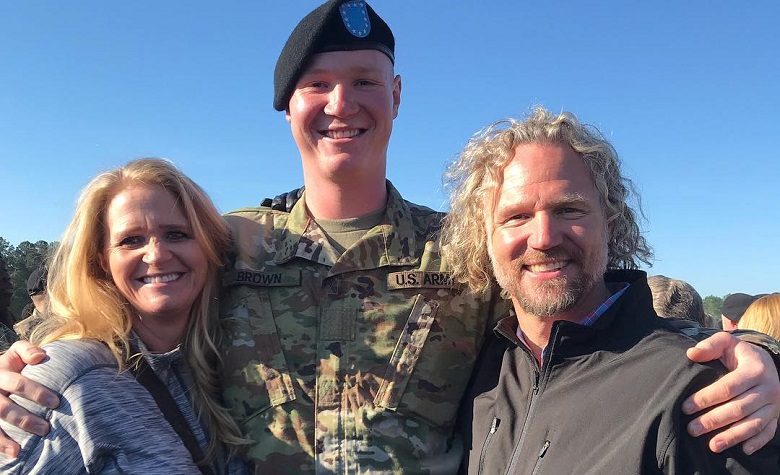 Sister Wives star Paedon Brown has been making headlines due to his recent revelations regarding the plural family. At one point, Paedon revealed his current status with some of Robyn Brown’s children and said that he’s not on good terms with most of them. Paedon also loves to share his father Kody Brown’s unfair relationship with Robyn and her kids, which has been causing a huge rift in the plural family. Now, Paedon is back to share another update with the fans. This time, he answers some of the most important questions regarding Kody and his wives.

During a social media live stream, Sister Wives star Paedon Brown answered some of the most popular questions regarding the plural family. One of which is his struggles with Robyn Brown. According to Paedon, he’s not really close to Robyn Brown. He also made it clear that he’s been mean to Robyn’s children due to Kody Brown’s favoritism towards them. Paedon also said that he’s not that close to Meri as well. He also revealed that he spent a lot of time with Janelle Brown due to his close relationship with her kids. According to some, it just shows how dysfunctional the plural family has become. Fans also think that things are looking unhealthy in the plural family as Kody and his wives continue to fail on keeping their children close to each other.

Paedon Shares His Relationship With Kody

Sister Wives star Paedon Brown also shared his relationship with Kody Brown. According to Paedon, he doesn’t really speak to his father often. It also appears that he’s tired of Kody’s favorites towards Robyn, which is why he’s been trying his best to expose the family. Paedon also revealed that Kody does have a job, but doesn’t want to share it in public. Aside from Kody, Paedon also shuts down the rumors that Christine Brown is dating someone.

Sister Wives star Paedon Brown also opened up about Kody Brown and Christine Brown’s current status. According to Paedon, Christine and her kids are doing very well in Utah amid Kody’s absence. Paedon also said that there is no custody agreement through the courts, and the two are just working it out amongst themselves. Aside from that, Paedon also said that he and his siblings are siding with Christine and they agree with her decision to leave Kody.

It’s clear to see that Paedon is trying his best to share important details regarding the plural family. It also appears that Kody doesn’t have any plans to fix his struggling family.