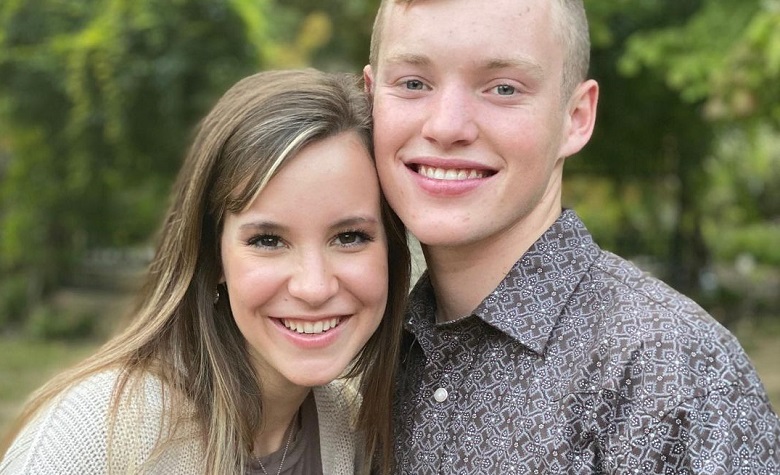 Counting On star Claire Spivey has been silent on social media lately. Her sudden online disappearance also resulted in fans thinking that she’s pregnant. Apparently, it’s been quite some time since Claire and Justin Duggar tied the knot. Due to this, fans think that they’re about to have their first child soon. Now, Justin’s brother, James Duggar, took social media to share a video of their recent family vacation. During the video, fans spotted Claire and it seems that fans finally got an answer if she’s pregnant or not.

In a social media post, Counting On star James Duggar shared a video from their recent family vacation. “California and Colorado adventure!!!” James captioned. During the video, fans spotted Justin Duggar’s wife, Claire Spivey, joining the family’s activities. Apparently, Claire has been making headlines due to her rumored pregnancy. However, the video shows Claire preparing for snowboarding, which shuts down her pregnancy rumors.

Counting On fans are starting to believe that it will take some time before Justin Duggar and Claire Spivey announces their first child. Claire herself previously took social media as well to hint that she and Justin are not rushing things. According to Claire, there’s more to life than getting pregnant, which seems to be a hint that they don’t have plans of starting a family anytime soon.

Meanwhile, fans are happy that Justin and Claire are focusing on their lives first before starting a family. It also appears that Justin won’t follow his family’s strict traditions, especially when it comes to their dress codes. Apparently, fans have seen Claire wearing pants multiple times and it seems that Justin is fine with it.

At this point, Counting On stars Justin Duggar and Claire Spivey are reportedly living in Texas. There are reports stating that the two sold their previous house and decided to move a little closer to Hilary Spivey. Fans also think that the two are doing their best to save before starting a family. It also appears that Justin and Claire are trying their best to avoid getting involved in the Duggar family’s recent controversies, especially with Josh Duggar’s CSAM arrest.

It’s clear to see that Justin and Claire are living their best lives as a married couple. Fans are also happy that the two are not rushing things and continue to enjoy their lives.