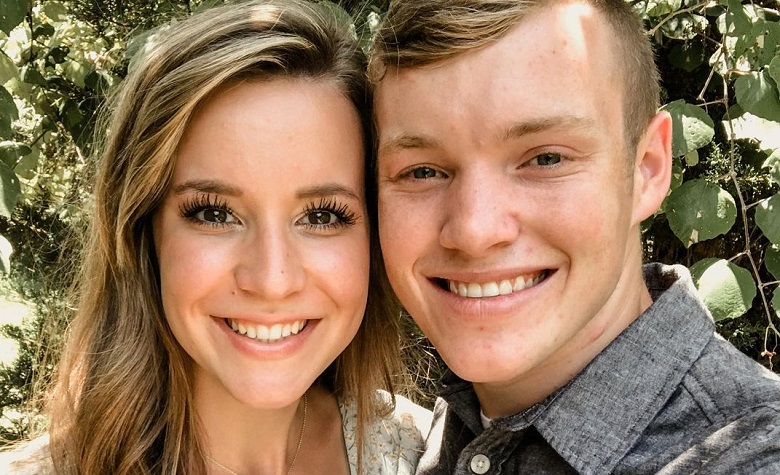 Counting On fans have been waiting for Justin Duggar and Claire Spivey to share updates about their lives. Apparently, the two became inactive on social media for unknown reasons. However, fans think that they’re shying away from the online world due to the recent controversies of the Duggar family. There are also rumors stating that Claire might be pregnant and they’re just preparing for a big announcement. Now, Justin and Claire are back online and immediately left the fans in awe as they celebrate 6 months of marriage.

In a social media post, Counting On star Claire Spivey shared a sweet message for her husband, Justin Duggar, as they celebrate 6 months of their marriage. “This week we celebrated 6 months of marriage!” Claire said. “Time is flying by, and we are loving every moment! When God brings you together, He does more than you could ever imagine!” she added. Moments later, fans congratulated the two for staying strong with their marriage. Meanwhile, fans are hoping for more exciting news, especially now that Claire and Justin are back on social media.

Counting On: Justin Duggar No Longer A Part Of The Duggar Family’s Business?

Counting On star Justin Duggar has been keeping in touch with this family despite moving to Texas with Claire Spivey. However, reports claimed that Justin has stepped away from Jim Bob Duggar’s real estate business. According to reports, Justin is now a part of the Spivey family’s construction business, where Claire is currently working as a secretary. Meanwhile, some of Justin’s siblings are starting to take their own paths as well. One of which is Jeremiah Duggar, who launched his own construction business back in June 2021. Reports also claimed that Jed Duggar launched his own real estate business before tying the knot with Katey Nakatsu.

‘Sister Wives’: Janelle Travels To Sedona With Christine & Kids
‘Sister Wives’: Meri Wants To Keep On Trying Amid Struggles With Kody
‘Counting On’: Why Didn’t Jim Bob Write A Letter For Josh?
‘Counting On’: Jill Duggar Shares How She Celebrated Her Birthday
’90 Day Fiance’: Yara Zaya Talks About Plans For Baby Number 2