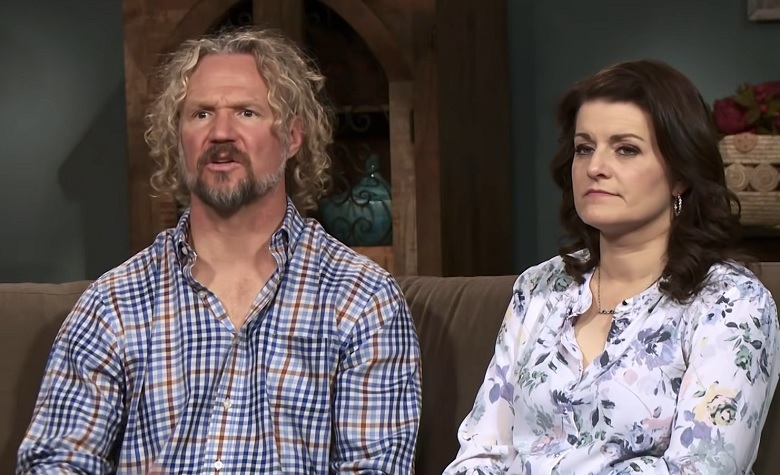 Sister Wives stars Kody Brown and Robyn Brown have been criticized for their unfair relationship throughout the years. Fans also noticed that Kody’s favoritism towards Robyn is becoming more obvious in Season 16. Some even think that they’re no longer hiding their monogamous-like marriage as the wives are already aware of it. Now, Kody and Robyn are raising some eyebrows once again. Apparently, a fan shared a picture of the two having a sweet dinner date without the other wives.

Sister Wives fans took Reddit to discuss the recent photo of Kody Brown and Robyn Brown having a dinner date in Sedona. According to some, Kody and Robyn just showed how unfair they are with the other wives by going out without them. Fans also think that it’s one of Kody’s ways to make the other wives suffer more by not following his commands. Meanwhile, fans noticed Robyn looking unhappy during their discussion. However, some think that Robyn has been looking sad and frustrated throughout Season 16. Viewers also think that it’s a sign that she’s hard time living with Kody. At this point, Kody and Robyn have yet to share their comments about their recent date.

The Dinner Date Happened During Kody’s Anniversary With Janelle?

Sister Wives fans also pointed out that Kody Brown and Robyn Brown’s dinner date also happened during Kody’s anniversary with Janelle Brown. “It’s Janelle’s anniversary? Omg,” one person said. “Taking your head wife out for scraps to celebrate Janelle’s anniversary. Slow clap,” another person added. Meanwhile, others think that Robyn also went out with Kody to celebrate his birthday. Apparently, reports claimed that Kody was snubbed during his birthday. However, it seems that Robyn is making some efforts to somehow make Kody’s birthday memorable.

Sister Wives fans think that Kody Brown and Robyn Brown outed themselves during their recent dinner date. According to some, Kody and Robyn just showed how manipulative they are by going out together in a restaurant while implementing strict social distancing rules. “So eating indoors during an Omicron surge is fine, but letting the kids play together outside is a step too far?” one person said. “Covid? What covid? Let’s go eat in a crowded restaurant but not see family or accompany a child to major surgery,” another person added.

It’s clear to see that people are not happy with Kody and Robyn’s recent date. Some even think that Kody fully contradicts his strict Covid-19 rules.