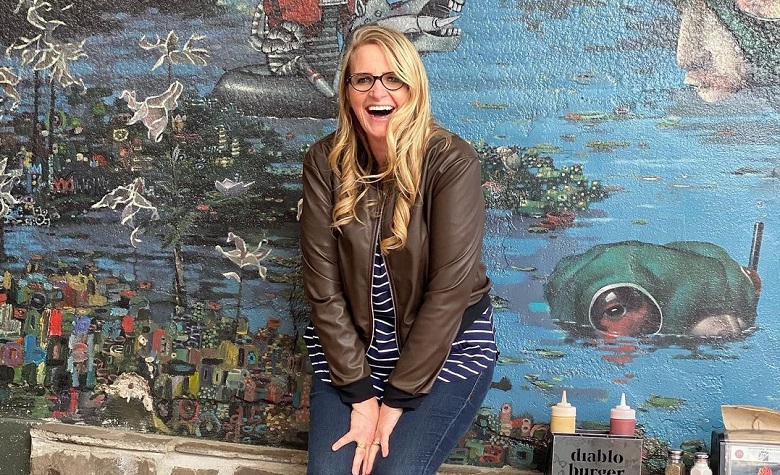 Sister Wives fans have been cheering for Christine Brown over the past few weeks. Apparently, Christine has been sharing positivity on her social media. Fans even think that she’s looking more glowing lately. Christine has been living her best life in Utah since leaving Kody Brown. It also appears that she’s not wasting any time to bond with her kids and grandkids. Recently, Christine shared a picture of her as she reveals how much she’s having fun living the grandma life in Utah.

Sister Wives: Christine Brown Having So Much Fun With Grandma Life In Utah

In a social media post, Sister Wives star Christine Brown shared a picture of her having some fun time with her grandkids. “Babysitting my beautiful granddaughter is as close to heaven as I can get!” Christine said. Truely was also there with Christine helping her take care of the little kids. Moments later, fans pointed out the big smiles on Christine’s face, showing how satisfied she is with her life in Utah. “Love seeing you happy & shining bright like the star you are!!” one fan said. “She’s so precious. You look so happy!!” another fan added.

Aside from her bonding moments with her kids and grandkids, Sister Wives star Christine Brown also loves to promote her healthy lifestyle with the fans. Apparently, Christine recently took social media to share that she’s been taking food supplements from Plexus, which is the brand that Janelle Brown also promotes. Fans also praised Christine for her incredible weight loss. Some even pointed out that she’s looking so much better since moving to back to Utah.

Sister Wives: Will Kody Brown Ever Visit His Children With Christine?

At this point, Sister Wives star Christine Brown has yet to share if Kody Brown has visited any of their kids. It’s known that the two have split before Season 16 aired. Due to this, fans have been trying to find answers on Christine’s social media. However, it seems that Kody has never visited his children since his split with Christine. Fans also think that it just fuels the speculations of his poor parenting. Meanwhile, some think that Kody is trying to avoid the cameras due to their contract with TLC.

Fans have seen Kody’s absence not just to Christine, but also to his other wives. However, despite their struggles, fans are hoping that things will finally get better for the plural family soon.