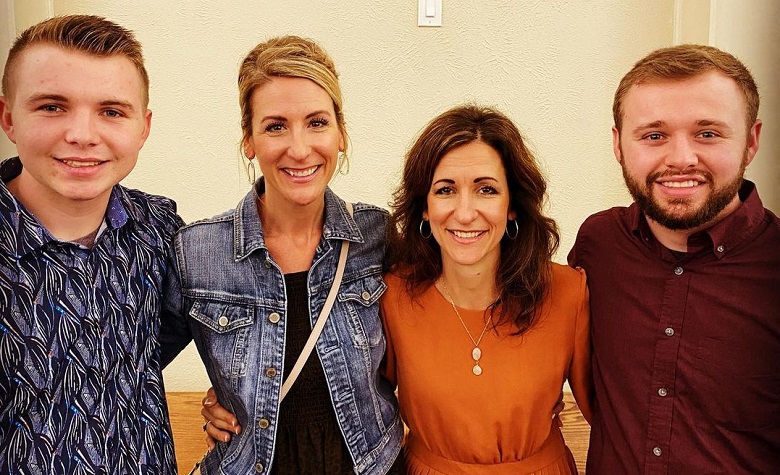 Counting On fans have seen Hilary Spivey’s close relationship with the Duggar boys throughout the years. It’s also clear to see how happy she is with Justin Duggar and Claire Spivey’s marriage. She’s been guiding them a lot and it seems that Justin and Claire appreciate it. Now, fans think that the Duggar boys are showings signs that Hilary is becoming an amazing example of a mother for them. Some even think that it’s one of the main reasons why some of Justin’s brothers never stop visiting the Spivey family.

Counting On: The Duggar Boys Having More Fun With The Spivey Family?

Counting On fans took Reddit to discuss the possibility that some of the Duggar boys are having much more fun with the Spivey family instead of the Duggars. Apparently, Hilary Spivey recently took social media to share a picture of her son with Jason, James, and Justin Duggar. According to some, it just shows that the Duggar boys love to spend more time with the Spiveys instead of their manipulative parents. “In that house, they have an adult woman who treats them like her sons which is more than Michelle ever bothered to do,” one person said. “It’s really sad that they seem so much happier away from their family/parents,” another person added.

Counting On fans also think that Justin Duggar has been having a blast after leaving the Duggar compound. According to some, the joy can be seen through Justin’s face whenever he posts something away from the Duggars. Fans also think that Justin has been wanting to leave the family before they even had trouble with the law. However, despite Justin’s distancing, fans still see him visiting the Duggar compound, especially during last year’s holidays, showing that he hasn’t fully abandoned them.

Counting On: Will Justin & Claire Announce Pregnancy This Year?

Counting On fans speculated that Justin Duggar and Claire Spivey will immediately announce a pregnancy right after their wedding. However, it’s been quite some time and the two still haven’t shared any updates with the fans. According to some, it’s possible that Justin and Claire are still enjoying their lives before having kids. Meanwhile, some think that it’s Hilary Spivey’s plan to stop the two from starting a family at a young age.

At this point, Justin and Claire have been sharing wholesome pictures from their morning dates. There are no signs of an upcoming baby as well and it seems that it’s going to stay that way for a while.

‘Counting On’: Jinger Duggar Visited By Her Siblings In Los Angeles
‘Counting On’: Will Jill Duggar Ever Return To Social Media?
‘Counting On’: Some Younger Duggars Are About To Enter Courtships?
‘Sister Wives’: Christine More Attractive Than Robyn?
Christine Brown Reacts Over Kody’s Lack Of Interest On Intimate Marriage