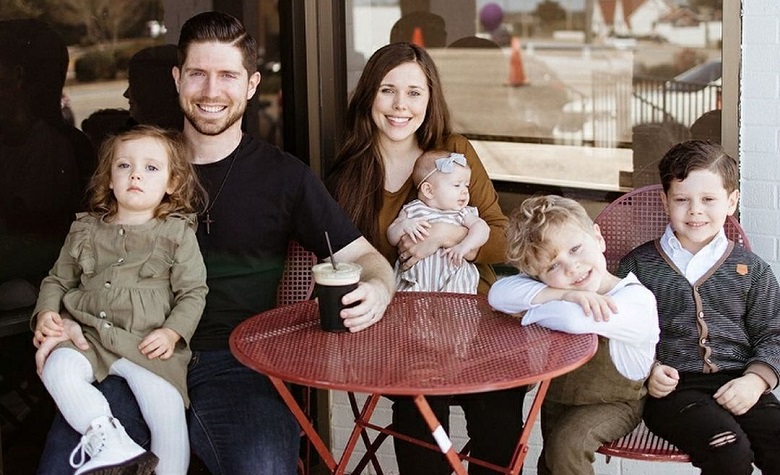 In a social media post, Counting On star Jessa Duggar shared a clip of Henry trying to make Fern laugh. “This boy has the sweetest heart. He ADORES his baby sister and whenever she’s feeling blue,” Jessa said. “He always knows how to make her giggle. I took this video last night before bed, Christmas Eve 2021,” she added. It’s clear to see how much Jessa’s older kids love their baby sister. Families and friends of Jessa also took her comment section to talk about Henry’s adorable way of making his sister laugh. “Aww! So sweet!” Jill Duggar said. “So so cute!!!!” Joy-Anna Duggar added.

In a social media post, Counting On star Jessa Duggar shared how she and Ben Seewald celebrated Christmas with their kids. Apparently, Jessa shared a picture of her kids and Ben singing a popular Christmas song. Jessa also shared the lyrics they were singing in her caption. Meanwhile, fans noticed that the house looks like Jim Bob Duggar and Michelle Duggar, suggesting that Jessa and her family were with the Duggars for the holidays. It’s known that the Duggars usually gather during Christmas. However, fans noticed that Jim Bob and Michelle have been awkwardly silent during this year’s Christmas, and many think that it’s due to Josh Duggar’s arrest.

Counting On: The Duggars Might Face More Challenges Next Year

Counting On fans have seen how many controversies the Duggars have faced this year. However, it seems that they won’t be able to escape the negativities next year as well. Apparently, reports claimed that a documentary exposing their dark secrets might surface next year or in 2023. It also appears that Jim Bob Duggar and Michelle Duggar still haven’t fixed the rift that has been created between them and their kids. Apparently, reports claimed that the Duggar kids have different opinions when it comes to Josh Duggar and how Jim Bob tried to defend him. It also appears that some of Jim Bob’s kids are finally finding the courage to expose his wrongdoings.

It’s clear to see that the Duggars are still in a bad shape ahead of 2022. Fans also think that the conservative family is going to have a hard time coming back to the reality show world after all the controversies that they faced.