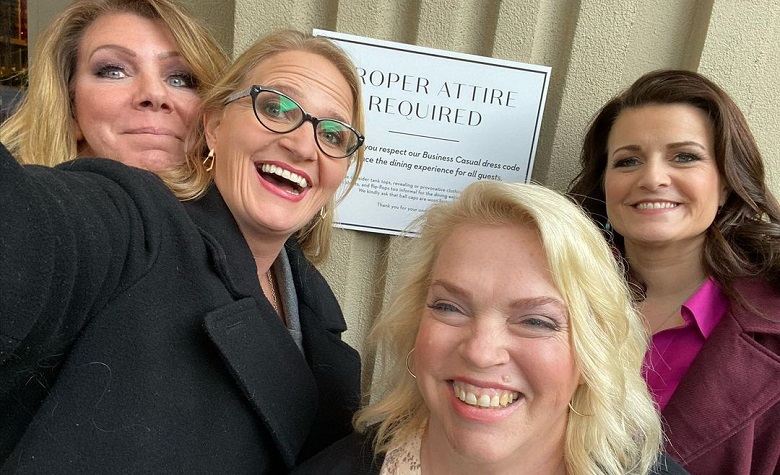 Sister Wives fans have seen Janelle Brown’s strong relationship with Kody Brown throughout the years. Viewers even dubbed Janelle as one of the happiest wives of Kody as she doesn’t seem to have any issues with anyone at all. It’s also believed that Janelle is one of Kody’s best advisors when he’s struggling with his decision makings. However, fans think that Janelle is just trying to cover the wounds that Kody has given her throughout the years. Some also speculated that she’s actually angry more than the other wives, but doesn’t want to rock the boat similar to what Christine Brown did.

Sister Wives fans took Reddit to discuss the possibility that Janelle Brown is just trying to hold back her anger towards Kody Brown. “It feels like Janelle is very angry and frustrated but doesn’t know how to voice it,” one person said. Others agree and said that Janelle is trying to deny the fact that the plural family is falling apart. Some even said that Janelle just wants to save their show in order to make more income. However, fans think that their struggles are becoming more obvious throughout the recent seasons.

Aside from not voicing out, Sister Wives fans also think that Janelle Brown is one of the most mistreated wives of Kody Brown. According to some, Janelle was forced to live in an RV due to Kody Brown’s lack of financial support to find her a better home. Apparently, Janelle’s rental home was reportedly sold and she had no choice but to leave. However, Kody failed to provide her with a much better living condition. Meanwhile, some think that Janelle is just trying to show that she’s happy about her RV even though she’s been having a hard time living on it.

Sister Wives: Will Another Wife Leave After Christine Brown?

Sister Wives fans have seen Janelle Brown and Christine Brown’s strong bond throughout the years. It also appears that Janelle supports Christine’s departure. Due to this, fans think that there’s a possibility that Janelle will be the next wife to leave. Meri Brown also suffers from her decaying relationship with Kody. There are also reports stating that the two are no longer talking behind the cameras. Due to this, fans think that Meri also desires to leave Kody. Meanwhile, some believe that Kody and Robyn Brown will remain together and live a monogamous life once the other wives decide to leave.