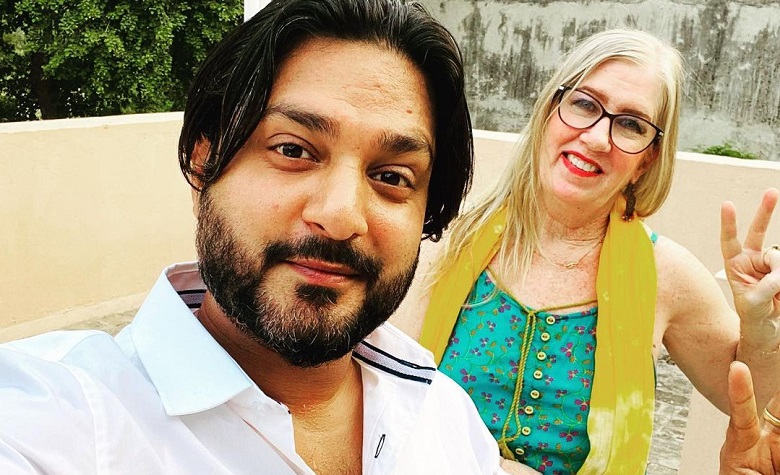 90 Day Fiance fans are getting excited about Sumit Singh and Jenny Slatten. Apparently, the two are finally getting married after waiting for so long. Fans have been praising the two for their example of never giving up on love. Now, TLC released a new teaser for the upcoming episode of The Other Way showing Jenny and Sumit’s wedding attires. However, Sumit revealed a shocking detail about his marriage with Jenny which includes his parents.

In a social media post, TLC released a new teaser for the season finale of 90 Day Fiance: The Other Way. Apparently, the finale teases that Sumit Singh and Jenny Slatten are finally getting married. Fans are also excited that the two are finally tying the knot after facing so many roadblocks throughout the years. TLC also teased Jenny’s outfit and fans are loving it. “Jenny is absolutely beautiful. I’m happy for her,” one fan said. “Awwh Jenny you look stunning,” another fan added. Meanwhile, Sumit can’t help but stare at his beautiful bride. Sumit also took to TLC’s comment section to say that he’s crying all over again after watching the teaser.

Aside from the exciting teaser, 90 Day Fiance star Sumit Singh also made a lot of fans worried after his last interview scene. Apparently, Sumit revealed that he’s worried about his parents as he kept his wedding with Jenny Slatten a secret. According to Sumit, he wants his parents to be a part of his wedding. However, he knows that his parents would try to stop the marriage. Due to this, fans are worried as Sumit and Jenny’s wedding might end up badly if ever Sumit’s parents show up.

90 Day Fiance fans took to TLC’s post about Sumit Singh and Jenny Slatten’s wedding teaser to share their thoughts. Apparently, most fans are still skeptical if Sumit will marry Jenny. Others also mocked Sumit’s antics on stalling his marriage with Jenny. “He made her a 900 days fiancé, bout time they get married!!” one fan said. “Must be a dream sequence, not the real thing. I’ll believe it when I see it,” another fan added.

Sumit and Jenny also teased the fans about their wedding on their social media pages. Many are also hoping that Sumit will finally fulfill Jenny’s dreams and give everyone a happy season finale.