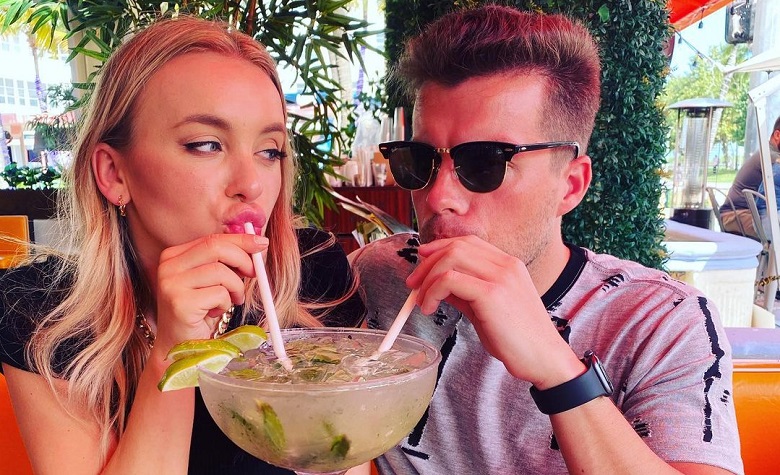 90 Day Fiance star Jovi Dufren loves to share updates about his family online. Fans also like how Jovi is becoming a full-time father, and he’s having so much fun as well. It’s clear to see that Jovi changed a lot since Mylah’s arrival. However, fans think that Yara Zaya also played a huge role in his newfound maturity. Now, Jovi is back to share another story with the fans. This time, Jovi shares how Yara affected his life and how she motivates him every day.

In a social media post, 90 Day Fiance star Jovi Dufren answered a fan asking about his favorite thing in marrying Yara Zaya aside from Mylah. “Speaking today I would say that she always pushes me to do better and motivates me to achieve more in life,” Jovi answered. “But yes Mylah is the best part,” he added followed by laughing emoticons. It’s clear to see how Yara played a huge role in Jovi’s success. Fans also noticed that he’s heading towards a healthy lifestyle since marrying Yara. Fans also think that Jovi is giving most of his time to his daughter, Mylah, instead of drinking and partying.

90 Day Fiance star Jovi Dufren has been making headlines due to his newfound maturity. Fans also think that Jovi is becoming more health-conscious. Apparently, Jovi recently took social media to share that he’s been doing morning runs lately. Jovi even shared a picture of him running and fans are happy about his new hobby. “Finally embracing the serenity haha…no cars…no bars,” one fan said. “I’m glad you are enjoying the quiet life rather than clubs all the time. Enjoy family. Enjoy family life,” another fan added.

90 Day Fiance star Yara Zaya recently took social media to share her hilarious moment with her daughter, Mylah. Apparently, Mylah won’t let go of Yara’s laptop. According to Yara, she already needs to work but Mylah is acting like she’s typing something in the laptop by smashing the keyboard. Yara even shared that Mylah had some chocolate stains in her clothes after she grabbed a piece of chocolate in her purse while she was working.

It’s clear to see that Jovi and Yara are living their best lives after the show. Fans are also happy that TLC cast them in the popular spinoff, Pillow Talk. Meanwhile, fans are wondering, will Jovi and Yara return for another season in 90 Day Fiance?