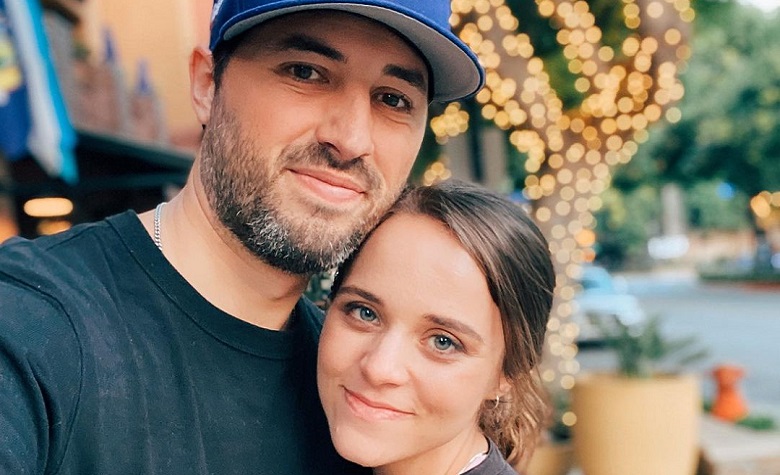 Counting On star Jinger Duggar has been sharing wholesome updates with her husband Jeremy Vuolo. The two recently went to headlines after announcing that they wrote a children’s book. Fans seem happy about the success of Jinger and Jeremy, and it seems that it’s only getting better for them. Now, Jinger took social to share another wholesome update with the fans. According to Jinger, she and Jeremy are celebrating their wedding anniversary.

Meanwhile, Jeremy also took his social media to share a sweet message for Jinger. “It’s been five years with this remarkable woman. It’s true what they say—women age like wine, men like milk. Happy anniversary, babe!” Jeremy said. Families and friends also wished the two a happy anniversary. Fans also seem happy that Jinger and Jeremy are living their best lives despite struggling early in their marriage.

According to reports, Counting On stars Jinger Duggar and Jeremy Vuolo struggled early in their relationship.

Apparently, it’s reported that the two got overwhelmed by Felicity and Evangeline. There are also reports stating that they once looked for a nanny to help take care of their kids as they try to find ways to spend time with each other. However, as years go by, Jinger and Jeremy began to figure things out.

Now, Jinger and Jeremy are considered the most successful couple in the Duggar family. The two have published a number of books and most of them sold well. Aside from that, Jinger and Jeremy have been receiving praises for keeping things private when it comes to their kids. Jinger also took social media recently to reveal that they wrote a new children’s book and fans can’t wait to purchase it.

In a social media post, Counting On star Jeremy Vuolo shared how he and Jinger Duggar celebrated their wedding anniversary. Apparently, the two went out for a sweet dinner date in a Japanese restaurant. Jeremy also shared a picture of Jinger enjoying her ice cream while they walk around Los Angeles during the night.

Jinger showed that she’s no longer following her family’s strict dress codes by wearing pants. This wasn’t the first time Jinger rebelled against her family’s strict dress codes. However, Jinger has her own reasons why she began to wear pants. She says she tried looking at the bible about forbidding women from wearing pants but she couldn’t find anything.

It’s clear to see that Jinger and Jeremy are living their best lives in Los Angeles. Fans seem happy that Jinger was able to branch out from her family’s strict conservative rules. However, despite her rebellious acts against their beliefs, Jinger is still loved by her parents and siblings.