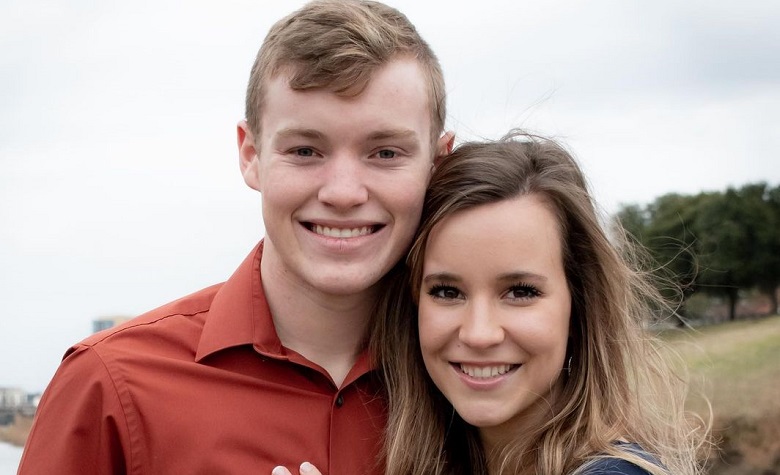 Counting On star Justin Duggar has been making headlines after his recent announcement online. Apparently, Justin took social media to share that he and his wife, Claire Spivey, are about to upload the “much-requested” video on YouTube. Now, Justin has finally shared the video online. However, it’s not what everyone expected. Some even took Reddit to discuss why it took so long for Justin and Claire to share the video.

In a social media post, Counting On star Justin Duggar revealed that they finally uploaded the much-requested video on YouTube. “We are thrilled to finally be sharing our wedding highlight video! Subscribe to our channel for more to come!” Justin said. The video shows amazing scenes from Justin and Claire Spivey’s wedding. Almost all of the Duggars are also in attendance including Jill Duggar, who’s been estranged from the family for years. The wedding highlight video is also filled with happiness and celebrations. Jim Bob Duggar and Michelle Duggar also showed how happy they are for Justin and Claire. It also appears that Justin and Claire want to keep their YouTube channel more active. Due to this, fans can expect that the two will share more videos that will feature their life as a married couple.

Fans Question Why It Took So Long

Counting On fans took Reddit to discuss why Justin Duggar and Claire Spivey’s wedding video took so long. Apparently, Justin and Claire turned off their comment section on social media and on YouTube. Due to this, fans weren’t able to ask questions about the delay. According to some, Josh Duggar’s child porn arrest may have something to do with the delay. Meanwhile, some think that it’s also one of the Duggar family’s ways to distract the fans from the recent controversies of the family. However, some believe that the studio may have suffered technical difficulties and long maintenance during the editing process.

Counting On: Still No Pregnancy Announcement?

Justin and Claire are reportedly working in the Spivey family’s construction business. Others also think that the two are still trying to save enough money before starting a family. However, some think that they’re just waiting for the perfect time to share the big news, especially now that the Duggars are currently dealing with so many controversies due to Josh Duggar’s arrest.