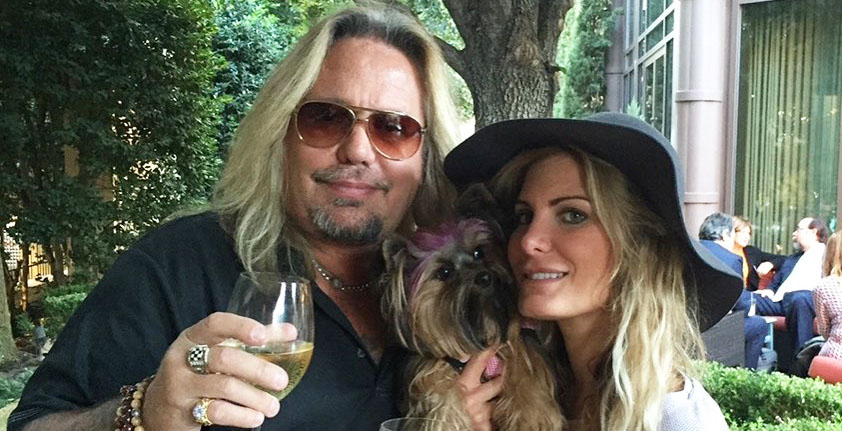 Mötley Crüe singer Vince Neil falls off the stage while performing and is hospitalized. Keep reading to find out what happened to the Mötley Crüe frontman.

Friday night (Oct. 15) Vince Neil was performing at the Monster on the Mountain Festival. Notably, he was performing with his band, not Mötley Crüe. The 80’s band hasn’t performed together in more than six years.

In addition to Vince Neil, this year’s featured performers include:

Unfortunately, Vince Neil took a tumble on Day 1 of the festival. TMZ reports on all of the details. According to the outlet, Neil was on the edge of the stage when he fell 4 feet onto the cement below. The outlet reports that there was a gap between the speaker and the stage.

Vince Neil hospitalized after a fall

TMZ further suggests that the rocker “was clearly in pain” and his crew “thought he had broken some ribs.” With the help of a roadie and security guard, Vince Neil limps away. Eventually, Vince was taken to the hospital by ambulance.

At the time of this writing, we don’t know the prognosis. However, TMZ reports that x-rays were taken, Neil is “alert and should be okay.” Later, AP News confirms that the 60-year-old rocker did break ribs.

The truth is, Vince fell and broke ribs when he fell. Now that sucks for us and him. He was so excited to be here. He lives in Tennessee.”

The event organizer, Eddie Trunk takes to his Twitter to send well wishes to Vince Neil. He also says that he will tweet “More when I hear.”

Get well @thevinceneil ! Vince slipped and fell off the stage tonight at Monsters on the Mountain here in Pigeon Forge. Vince had been moving & singing great before the accident. He’s at hospital now getting care & X Rays. More when I hear. Get well VN!

Did you know Vince Neil was still performing without Mötley Crüe? Let us know your thoughts in the comment section below. Make sure to come back to Entertainment Chronicle for more entertainment news.