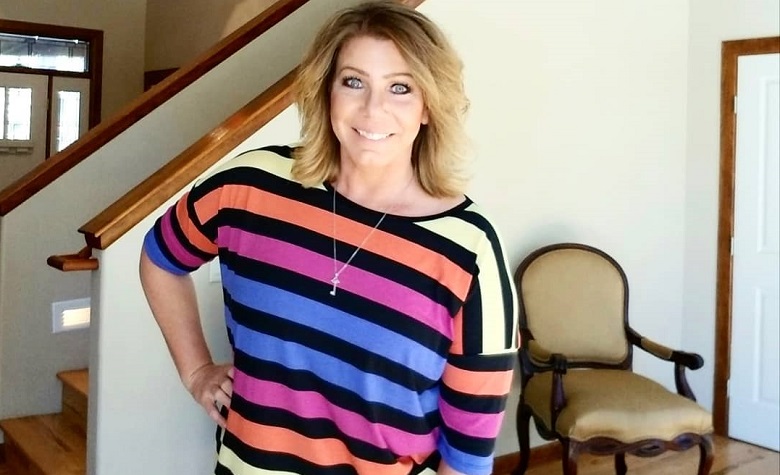 Sister Wives star Meri Brown recently went headlines after paying a tribute to her late mother six months after she died. Meri thanked Bonnie for all the efforts she did for her when she’s still alive. Meri also said that her mother is one of the main reasons why she became a strong person. Now, Meri wants to prove to everyone that she fears nothing. Apparently, Meri took social media to finally open up about her current situation with LuLaRoe. Meanwhile, fans commend Meri for her unexpected approach to the controversial company.

Sister Wives: Meri Brown Finally Opens Up About Her Situation With LuLaRoe

In a social media post, Sister Wives star Meri Brown shared a lengthy message talking about her current situation with her employer LuLaRoe. According to Meri, she’s been an employee in LuLaRoe for five years and she’s so happy that she was able to be a part of such a company. Meri even said she wished she could’ve found the company sooner. However, Meri explained that there’s always a time for everything, and she thinks that her arrival in LuLaRoe is destined for her. “There’s a reason things happen the way they do. I know in my heart that the timing for me to find LuLaRoe and get involved at the time I did was right for me, for my well-being, for my healing,” she added.

It’s clear to see that LuLaRoe has helped Meri become a strong and happy person. Meri also said that she’s proud to be in the company and she’s not going anywhere. Meri also said that LuLaRoe is not what others think they are. Instead, Meri said that they’re a good company. “Whose owners pray for each one of us daily, a company of integrity,” she added. Meri ended her message by saying that LuLaRoe will not go anywhere and they’ll be around for a long time.

After sharing her thoughts about her favorite company, Sister Wives star Meri Brown received praises in her comment section. “So positive that’s the way to go,” one fan said. “Meri you are so wonderful and I wish you nothing but the best! You are truly amazing and love your determination!” another fan added. Some fans also asked Meri about the company’s rumored shutdown. However, Meri defended LuLaRoe and said that they’re not closing at all.

Sister Wives star Christine Brown remained silent about LuLaRoe despite Meri Brown’s recent post. According to some, Christine is still preparing to share her thoughts about the controversial company. However, some are speculating that she may have left the company for good. Apparently, the Brown family wants to avoid controversies as much as possible, especially now that they have an upcoming season.

Despite Christine’s silence, it’s safe to say that LuLaRoe will be around for a while despite the allegations being thrown at them. It also appears that Meri will remain a partner of the company for quite some time, especially of how special she thinks LuLaRoe is in her life.