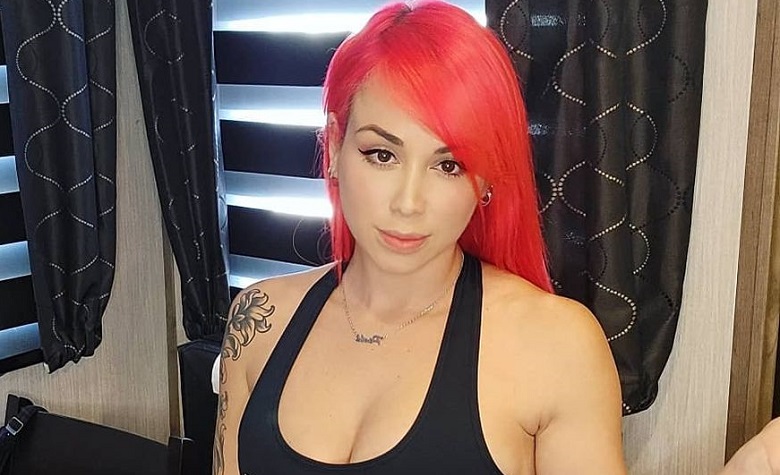 90 Day Fiance star Paola Mayfield has been on a roll in her professional wrestling career. Apparently, Paola re-debuted in NWA after becoming the Women’s Champion in ARW. Paola received tons of praises due to her wrestling talents. However, some think that she went too far and her looks changed dramatically. Due to this, Paola took social media to share a natural look of herself including her hair dye when she’s not in her “Paola Blaze” character. Meanwhile, fans are still hoping for Paola and Russ Mayfield to finally reconcile after taking a break from their relationship.

In a social media post, 90 Day Fiance star Paola Mayfield shared a picture of her showing off her natural dark hair color. “What did you have for breakfast? I usually do fasting so I wait until lunchtime,” Paola captioned. It also appears that Paola is in the RV where she and Russ Mayfield moved in. However, there are no signs of Russ anywhere, indicating that they’re still not together. Meanwhile, fans took Paola’s comment section to praise her natural hair color, which is far from her firey-red hair dye when she’s performing in the ring. “Look at you… slaying! Well done Paola!” one fan said. “Natural beauty!” another fan added.

90 Day Fiance fans have seen Paola Mayfield’s huge success in her wrestling career. Paola has already learned tons of moves in just a short amount of time, showing how dedicated she is to entertainment wrestling. She can even jump through the turnbuckles which is a difficult thing to do for her height. Meanwhile, reports claimed that Paola is also eyeing a WWE debut. However, fans think that she still needs more experience before trying to enter the biggest stage of entertainment wrestling.

90 Day Fiance stars Paola Mayfield and Russ Mayfield previously shocked the world after revealing that they’re taking a break from their relationship. According to reports, Russ’s unemployment is one of the main reasons why they decided to take a break. It also appears that no third party was involved in their split as Russ often shares clips of him still watching and supporting Paola’s wrestling matches.

At this point, the two have yet to share their current status. However, fans think that they should reconcile for the sake of their son, Axel. Will Paola and Russ finally get things together and restore their family?