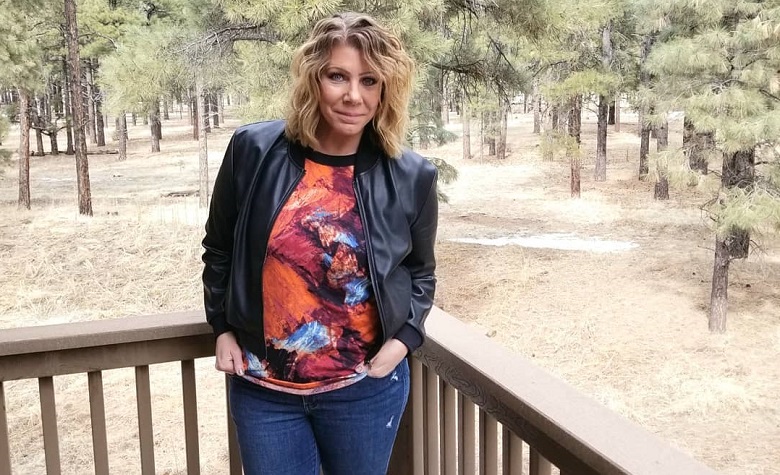 Sister Wives star Meri Brown recently made headlines after sharing a series of quotes that talk about depression. However, fans think that Meri’s quotes weren’t meant for her. Instead, fans think that Meri is trying to spread awareness. Now, Meri is back to share that she’s doing great despite her cryptic quotes. Apparently, Meri shared her road trip with her dog while she brings her motorcycle for repair. Meri also talked about business and how she dedicated herself to those who love to work on their dreams.

In a social media post, Sister Wives star Meri Brown shared a picture of her driving with her dog. Apparently, Meri is headed to her mechanic for her motorcycle repair. “Just another Tuesday morning where I get to step away from plans and do something random, like take my motorcycle in for repair,” Meri said. “Don’t worry, Mosby and I drove the car for the pick up, I wouldn’t have put him on the bike, just in case you were worried lol!” she added. Fans also adored the Cancun bandana souvenir of Meri’s dog. At this point, Meri has yet to share updates about what happened to her motorcycle. However, fans can already expect that she’ll share some pictures of her riding around Flagstaff.

After sharing that she sent her motorcycle for repair, Sister Wives star Meri Brown talked about business. According to Meri, she loves working for herself. She also said that she loves making her own business decisions, which seems to be a shade at her co-wives and Kody Brown. “Creating my environment, exploring the world, finding my peace, living with joy, these are all the things I’m grateful for,” Meri added. Apparently, Meri has expressed to the wives and Kody that she doesn’t want them to take part in her B&B business. It even came to the point where Kody said that he’ll not support Meri’s business. However, Meri insisted on running it and it’s been very successful so far.

Sister Wives fans noticed that Meri Brown hasn’t been bonding with the plural family for months. Even on a regular day, Meri doesn’t seem to take an effort in visiting the other wives. Meri even said in her latest post that she’s more dedicated to supporting her business partners and those who aim to build their own businesses. Meri even proved that she doesn’t spend much of her time with the plural family after going on a 6-day vacation in Cancun, Mexico with a business friend.