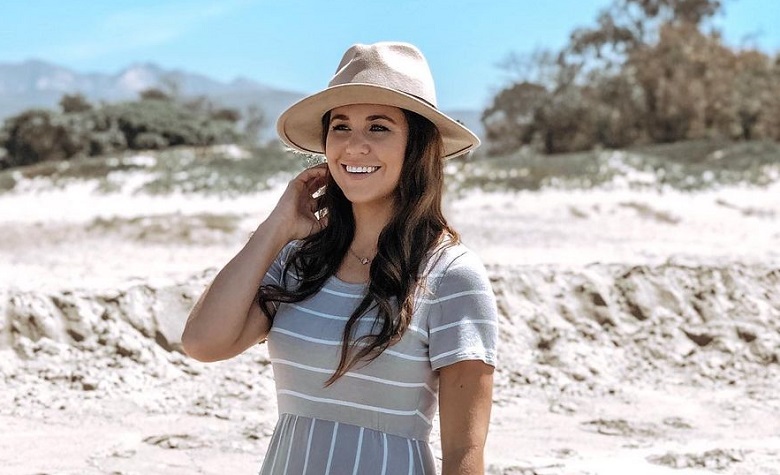 Counting On star Jana Duggar has been making headlines after dyeing her hair blonde during her trip to Los Angeles. Apparently, Jana is with her brothers, James Duggar and Jason Duggar. The three also reunited with their sister, Jinger Duggar, where they watched the Dodgers play. Now, fans are praising Jana after she shared another picture of her wearing pants. According to some, Jana is proving that they’re no longer following the strict conservative beliefs of their family.

In a social media post, Counting On star Jana Duggar shared a picture of her in the Las Vegas Market. “Still dreaming of all the pretty things I saw at the Las Vegas Market!” Jana captioned. “So much inspiration from designers and vendors from around the world!” she added. It’s clear to see that Jana enjoyed her time in Los Angeles. Aside from getting a new hair dye. Jana also got some design ideas that she can take home. It’s no secret that Jana is one of the best when it comes to DIY stuff. Fans are also impressed by her garden, which was documented during their show.

After sharing pictures from the Las Vegas Market, Counting On fans took Jana Duggar’s comment section to praise her for wearing pants. “Loving the pants!!” one fan said. “She should be able to dress how she wants & feels. So happy for her,” another fan added. Apparently, the Duggars follow strict modest rules and it includes the restriction of wearing pants. However, it appears that most of the Duggar girls are now allowed to wear pants, and even cut their hair short. Apparently, the Duggar girls follow strict beliefs of not cutting their hair. However, as years go by, some of Jim Bob Duggar’s daughters start to cut their hair.

Counting On: Jinger Duggar Did The Same

Counting On star Jinger Duggar has been wearing pants since moving to Los Angeles. Jinger herself even said that she tried finding answers in the bible about the restriction of women from wearing pants. However, she couldn’t find any. Due to this, fans can see Jinger wearing pants on multiple occasions. It appears that Jinger has inspired some of her sisters to start wearing pants. Meanwhile, Jim Bob Duggar and Michelle Duggar remain silent regarding the recent actions of their daughters.