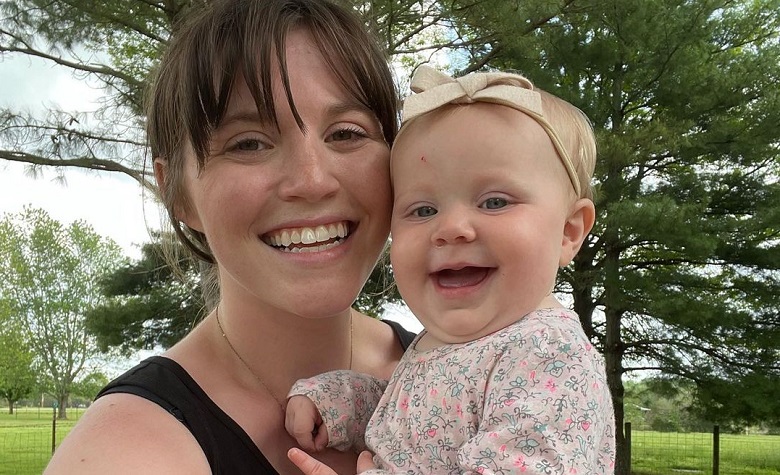 Counting On star Joy-Anna Duggar recently announced her latest project with her husband Austin Forsyth. Apparently, Joy-Anna revealed that they bought a new motorhome, and they’re now renovating it. Joy-Anna and Austin previously owned an RV. However, the latest one they have is much bigger. Due to this, fans can expect that it will take some time before they finish their project. Meanwhile, fans are impressed by Joy-Anna’s crafting skills. She even shared some useful tips about sorting out screws.

In a social media post, Counting On star Joy-Anna Duggar shared several clips of her renovating some parts of their new RV. According to Joy-Anna, she’s working on the screws that hold the windows of the RV. Joy-Anna also said that the windows were leaking and needed to be resealed. Moments later, Joy-Anna shared a tip that she learned while fixing the RV’s windows. According to Joy-Anna, she’s sorting out the screws in a plastic bag to help her find the one she needed much easier. After sharing her tips, Joy-Anna shared a clip of her putting the screws in the RV’s windows.

Austin Forsyth Works On The Walls

Aside from the window repairs, Counting On star Joy-Anna Duggar also revealed that they’re working on the walls. Joy-Anna also shared a clip of her husband, Austin Forsyth, working in the accent walls. “Using plywood as shiplap is lighter and easier to work with and looks just as good!” Joy-Anna said. “We are using 1/4inch plywood that we ripped down into 6″ pieces for our shiplap wall,” she added. Joy-Anna also said that they’re still going to paint the walls that they’ve been working on.

Counting On: Joy-Anna Duggar Loves Crafting Like Her Sister Jessa

Counting On star Joy-Anna Duggar impressed the fans with her crafting skills. Apparently, some think that Joy-Anna has the same crafting skills as her sister, Jessa Duggar. Apparently, Jessa Duggar previously took YouTube to share a clip of her crafting her own hanging shelf for her bedroom. It’s clear to see that some of Jim Bob Duggar and Michelle Duggar’s kids love DIYs and other activities that include crafts. Jana Duggar herself also impressed the fans with her massive garden, which she mostly created and renovated throughout the years. Jill Duggar was also inspired by her sister Jana to create her own garden in her yard.