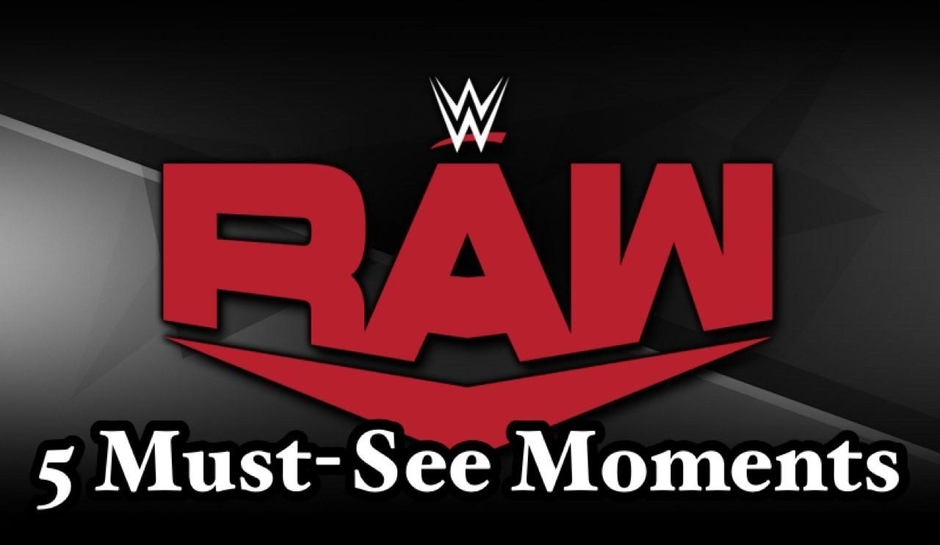 WWE Raw took place from Orlando. Florida on Monday night with just 3 weeks remaining until WWE Summerslam. Lashley had some strong words for Goldberg, a US Title Match was confirmed, and a major star made his return. For your quick recap, here are the top five must-see moments from Monday Night Raw.

1. Randy Orton d. AJ Styles turns on Riddle
Randy Orton made his return to Monday Night Raw and was slotted into the main event with a match against AJ Styles. After a highly competitive contest, Styles found himself on the apron. Styles with a forearm and an attempted springboard but Orton drops down and hits a closeline. Orton grabs ahold of Styles and hits a draping DDT across the second rope. Omos saves Styles from a potential RKO and gets into the face of Orton prompting Riddle to come down to ringside. Riddle attacks Omos and jumps on his back for a sleeper. Back in the ring, Styles goes for the Phenomenal Forearm but Orton reverses into the RKO for the win. After the match, Orton wasn’t pleased with Riddle’s interference and hits him with an RKO for good measure. Worth a Watch. ***1/4

2. Karrion Kross d. Jeff Hardy
It was about a month ago when NXT Champion Karrion Kross made his surprise debut on Monday Night Raw. What was an even bigger surprise was Kross losing within minutes to Jeff Hardy, who’s been booked like a glorified jobber over the last year. After trading wins Keith Lee in recent weeks, Kross got his chance at revenge with a rematch against Hardy. In the closing stretch, Hardy hits an inverted atomic drop and dropkick to Kross. Hardy goes for a splash in the corner and a leg drop but only gets a two-count. Hardy then heads to the top but Kross catches him in a Saito Suplex before locking in the Kross-Jacket for the win. Skim It. **1/4

3. Alexa Bliss d. Doudrop
Over the last year, the storyline involving The Fiend and Alexa Bliss has been polarizing to say the least. With the news of Bray Wyatt being released last month, many wondered if Bliss would continue in her current gimmick. The answer seems to be yes, leaving many asking “why?” On the flipside, Eva Maria and her fat-shaming storyline and pairing with Doudrop moves forward and no one seems to care. Bliss gets the win with a roll-up after Doudrop is left stunned following Lilly the doll winking at her. Take a Pass. DUD.

4. Sheamus and Damian Priest set for Summerslam
The United States title has been in the firm grasp of Sheamus ever since Wrestlemania, that might change in only a few weeks. Sheamus defeated Ricochet on WWE Raw just moments before Damian Priest took care of John Morrison in a one-on-one match. After Priest’s victory, Sheamus comes down to the ring before engaging in a war of words. Priest issued a challenge, and the champion accepted.

5. Bobby Lashley rips into Goldberg
Goldberg made his return to WWE Raw last month and instantly got into the face of Bobby Lashley. The WWE Hall of Famer called out the champion and called his bluff in the process. The rivalry got personal last week after Lashley and MVP got into the face of Goldberg’s teenage soon. In response, Lashley and MVP made their way to the ring and predicted that at WWE Summerslam, Goldberg would be finished once and for all.

‘Sister Wives’: Christine Shares How She Relaxes During The Day In Utah
Christine Brown Reacts Over Kody’s Lack Of Interest On Intimate Marriage
‘Counting On’: Some Younger Duggars Are About To Enter Courtships?
Bailey Sarian Shares A Heartbreaking Life Update With Fans
‘Sister Wives’: Kody Brown Snubbed During His Birthday?