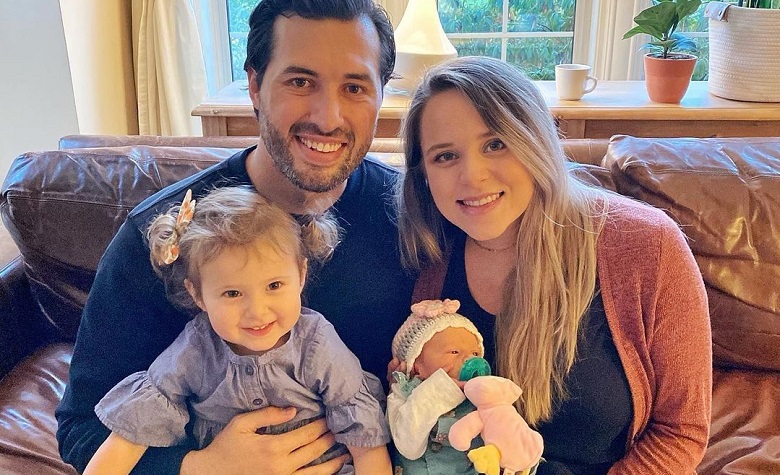 Counting On stars Jinger Duggar and Jeremy Vuolo have been living their best lives in Los Angeles. Apparently, Jinger is one of the few kids of Jim Bob Duggar who left Arkansas. It’s known that most of the Duggars live close to each other in Arkansas. Reports also claimed that Jinger’s distance from her family caused her marriage with Jeremy to stumble. However, the two successfully handled their struggles and have been doing great lately. Now, reports claimed that Jinger and Jeremy are living a more relaxed and happy life after TLC canceled their family’s show, Counting On.

Counting On: Jinger & Jeremy Reportedly Having A More Relaxed Life After The Cancellation

According to reports, Counting On stars Jinger Duggar and Jeremy Vuolo are now having a more relaxed life after the cancellation. An insider close to the Duggars also claimed that Jinger and Jeremy are making changes to their parenting styles. According to the insider, the two are not raising their kids like how Jim Bob Duggar and Michelle Duggar raised Jinger. Instead, their parenting style is much more relaxed. The source also claimed that it will help the kids become more open-minded as they grow.

According to reports, Counting On stars Jinger Duggar and Jeremy Vuolo are loving their Los Angeles life so much. The two love little trips like going to the beach or watching the Dodgers play. Jinger and Jeremy also love to share pictures of them eating ice cream while driving around the beautiful places in LA. The insider also said that the two love shopping, especially buying Jordan sneakers. Apparently, fans have seen Jinger and Jeremy rocking Jordan sneakers. At one point, Jinger impressed the fans with her white Jordan sneakers during their previous trip to 60out Escape Rooms.

Counting On: Jinger Shares Rare Glimpse Of Her Daughter Felicity

In a social media post, Counting On star Jinger Duggar shared a rare glimpse of her daughter, Felicity. Apparently, Felicity is baking cupcakes with Jeremy’s mother, Diana Vuolo. Meanwhile, some fans appreciated Jinger for sharing a picture of her daughter despite not facing the camera. Apparently, Jinger and Jeremy previously revealed that they don’t want to put their kids in the spotlight while they’re still young.