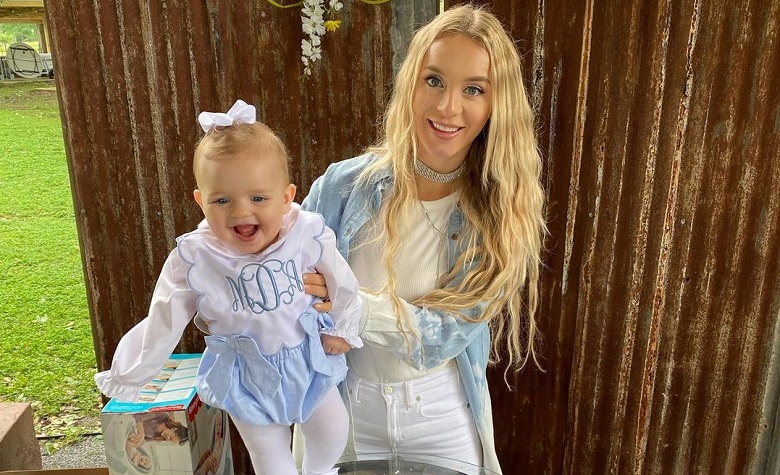 90 Day Fiance star Yara Zaya has been sharing pictures of Mylah on social media. Despite announcing that she wants to keep things private with her daughter, fans are appreciating that she still keeps everyone updated. However, most of the time, Yara intentionally posts pictures of Mylah facing backward. Now, Yara is back on social media to share her sweet picnic time with her daughter. Yara’s post also comes after her recent controversy of price gouging her leather jacket. However, it appears that Yara is not affected by the allegations at all.

In a social media post, 90 Day Fiance star Yara Zaya shared a sweet picture of her with her daughter, Mylah, as they go on a picnic in a beautiful lake. Mylah is not facing the camera yet again. However, fans understand that it’s Yara’s decision to make her daughter face backward. Meanwhile, fans took Yara’s comment section to commend her for staying positive despite all the criticisms being thrown at her lately. “So pretty and so happy. You are the most positive and beautiful of all the 90 Day cast,” one fan said.

Aside from sharing her picnic time with her daughter, 90 Day Fiance star Yara Zaya also took social media to share how Mylah changed her life. “Love my family so much. After Mylah was born, everything changed, it was as if an ocean of love appeared inside me,” Yara said. “I never thought that I would love being a mom so much,” she added. Yara’s picture also took place in Hollywood, California. Apparently, Yara and Jovi Dufren have been traveling a lot lately to find a place to settle down. At this point, it appears that the two still haven’t found a place to call home.

90 Day Fiance: Yara Zaya Is Under Fire Due To Price Gouging Allegations

90 Day Fiance star Yara Zaya has been under fire recently due to her upselling allegations. Apparently, fans discovered that Yara’s leather jacket was much cheaper on other websites compared to Yara’s selling price. However, Yara defended herself and said that she’s the one who designed the jacket and she spent so much money to order it. Some of Yara’s followers also defended her and said that the lowered price on other sites is due to its bulk order option, where the customer can get a huge discount by ordering multiple jackets.

’90 Day Fiance’: Yara Shares How Long It Took Her To Get A License
’90 Day Fiance’: Fans Praise Jovi Dufren For Showing Maturity Online
Laura Loomer Is Learning What’s Worse Than Bad Fajitas
‘Counting On’: Jessa Shares Grown-Up Picture Of Her Four Kids
Amy Duggar Wants To Cut Off Toxic Family Amid Feud With The Duggars