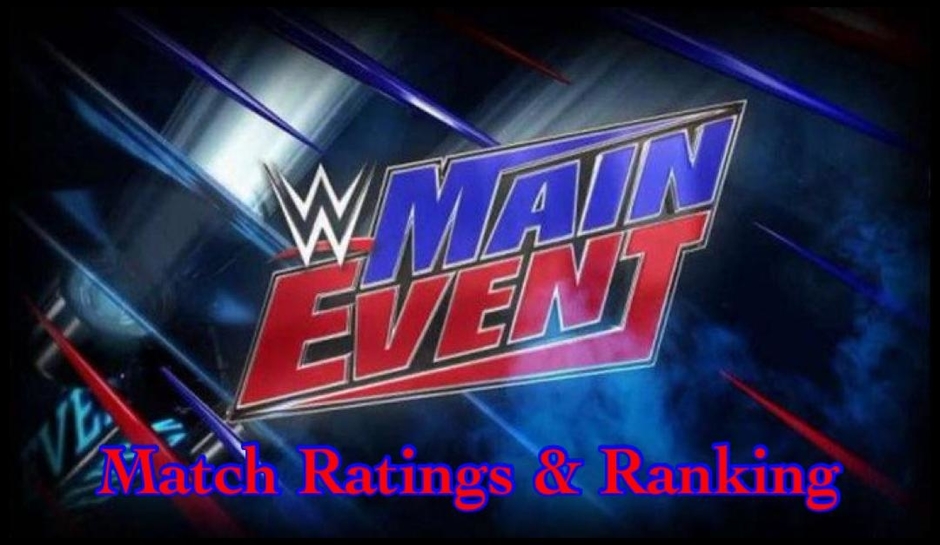 The WWE Universe is marching towards their first PPV with a crowd since Wrestlemania in the form of Money in the Bank. With the next PPV just weeks away, a few top WWE NXT superstars are getting their chance to dip their toes in the main roster on WWE Main Event. WWE Main Event is available every Thursday morning on the Hulu streaming service.

Every match on WWE Main Event will include highlight moments from the match and a final analysis. Each match will be given a star rating and be ranked from worst to best.

Bronson Reed d. Drew Gulak
Highlight Moments: NXT North American Champion Bronson Reed gets a shot to shine on the main roster against Drew Gulak. Lock up to star with Gulak attempting a go-behind but easily getting pushed to the side. Gulak goes for a leg takedown but is pushed off again by Reed. Reed pushes Gulak off a Thesz Press attempt and squashes him with a senton. Gulak retreats to the apron and targets the let arm of Reed before hitting a dropkick in the corner. Gulak misses a charge and then is hit with a gorilla press slam.

Drew Gulak regains control by targeting the arm once again but is on the receiving end of a sit-out splash after a failed rollup. An avalanche splash by Reed turns into a death valley driver. Reed goes up top and hits a big splash for the win.

Final Analysis: Solid main roster appearance by Bronson Reed. Gulak got enough offense in to keep it competitive as Reed shined all the way through. Perfectly acceptable wrestling. Skim It. **1/4

Karrion Kross d. Shelton Benjamin
Highlight Moments: Much like Bronson Reed, NXT Champion Karrion Kross gets his opportunity on WWE Main Event against veteran Shelton Benjamin. Lock up to start as they both struggle their way around the ring until a fair break up. Benjamin grabs a headlock and a go-behind, taking Kross to the ground in the process. Kross gets the upper hand after a back elbow and stiff kicks in the corner. Benjamin interrupts Kross’ trash talk with right hands and a shoulder block. Kross regains the control with several closelines in the corner.

Karrion Kross attempted a vertical suplex but Shelton Benjamin reversed into a neckbreaker. Kross staggers to the ropes and is taken over to the outside by a Benjamin cactus closeline before the commercial. Back from the break and Kross gets a near fall after a lariat. Kross picks Benjamin up and connects with a heart punch before choking Benjamin across the ropes. A snap suplex by Kross gets another two-count before applying an armbar to wear down the former tag team champion.

Benjamin breaks free with an arm drag and a closeline of his own while hitting several right hands. Kross is whipped into the corner and hit with a big splash and closeline by Benjamin. Kross pops right back up with a Saito suplex that gets a two-count. Benjamin hits a spin kick that gets a two-count of his own but Kross shakes it off and applies the Kross jacket submission for the win.

Final Analysis: Really good debut here for Karrion Kross who was matched up perfectly with Shelton Benjamin. No one knows how long it will be before Kross gets the call-up, but it won’t be too long. Worth the Watch. ***