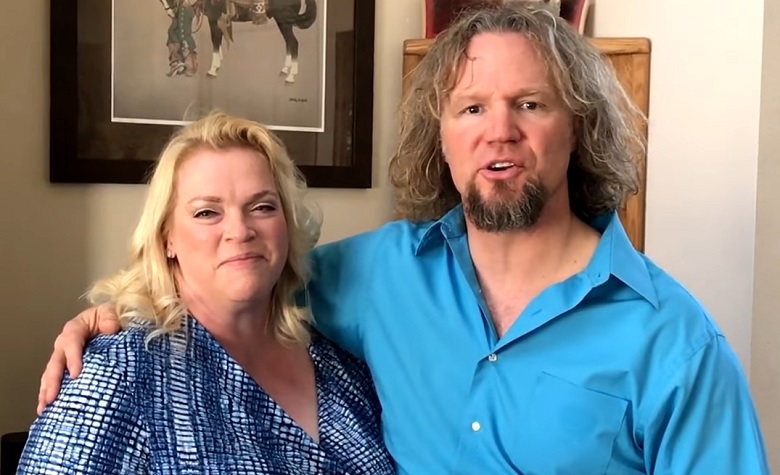 Sister Wives star Janelle Brown recently went headlines after opening up about her healthy lifestyle. It appears that Janelle is focusing more on herself and her kids lately, especially after their unpleasant season finale. However, Janelle just took social media to share a rare throwback picture of her family, which includes Kody Brown. Apparently, Kody has been very elusive on the social media accounts of his wives. Some fans even think that some of Kody’s wives have already left the plural family.

In a social media post, Sister Wives star Janelle Brown shared their rare family picture from 7 years ago. “This came up in my photo memories today. 7 years ago,” Janelle captioned. “Wow! How many life events have happened since Maddie graduated from high school. Super fun time capsule in the form of a picture this a.m,” she added. The picture shows Janelle and Kody attending their daughter Maddie’s graduation with their kids. Meanwhile, fans quickly noticed Kody’s sweet gesture of holding Janelle’s bag. “And love Kody’s handbag, a good man doesn’t care if he’s seen holding his wife’s bag,” one fan said. “love that he’s holding your purse,” another fan added. Janelle also replied by saying, “A good husband does!”

Sister Wives star Kody Brown has been inactive on social media for years. Due to this, fans have been patiently waiting on the wives to share pictures or updates about the family. However, it’s been quite a while since fans last heard an update about the family. Apparently, Kody was previously seen celebrating the graduation of his daughter, Ysabel Brown. Christine Brown was also there with Kody, showing that they’re finally on good terms after fans thought that they nearly split, especially after their season finale where Christine revealed that she can’t do marriage with Kody anymore. Meanwhile, Meri Brown has been frequently posting cryptic quotes on social media. Fans also think that most of her quotes are for Kody.