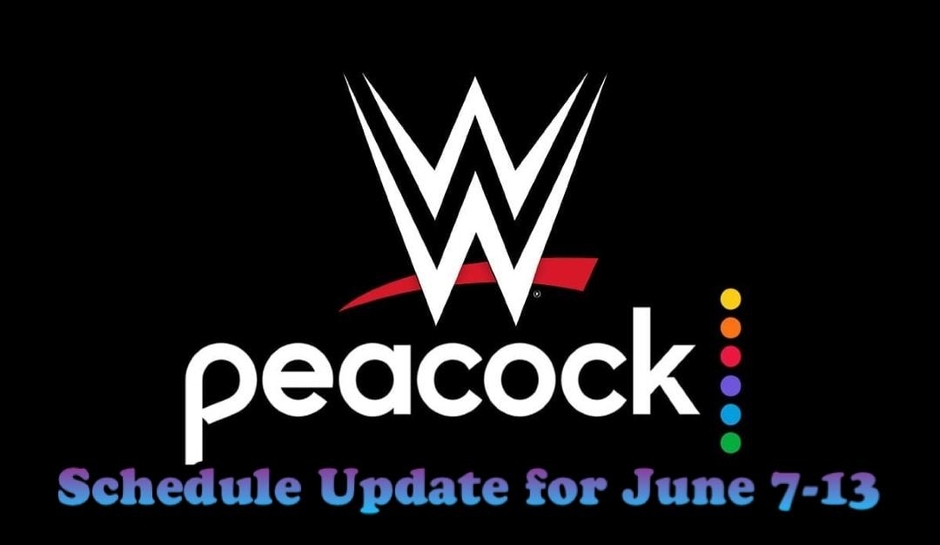 It all starts tomorrow morning at 10am ET on @peacockTV & @WWE Digital Platforms. pic.twitter.com/nENxjoYj9h

Wednesday, June 9
Monday Night Raw (5/10/21)-
If you missed Monday Night Raw in recent weeks, the May 10th edition of the show will be available on the WWE network via Peacock.

WWE’s The Bump: 10 a.m. EST-
The weekly talk show for the WWE takes place in the form of The Bump. Join the hosts as they welcome guest in the form of Pete Dunne, MSK, Ember Moon, LA Knight, and The Million Dollar Man

The 50 Greatest Tag Teams (35-21)
The countdown to the greatest tag team in history continues with entries 35 to 21.

WWE NXT (6/8/21)
WWE NXT delivers their go-home show leading into TakeOver: In Your House this Sunday.

Thursday, June 10
NXT UK- 3 p.m. EST
The stars of NXT in the United Kingdom are on display. NXT UK Champion WALTER leads crop of talent that can rise to any other in sports entertainment.

This Week in WWE-
Missed out on anything in the WWE Universe? If so, check out This Weel in WWE to catch you up to spead. It’ll be available on Thursday on the WWE Network via NBC Peacock.

Friday, June 11
205 Live – 10 p.m. ET
Check out the best cruiserweights in the WWE on 205 Live. It’ll drop on the WWE Network right after Friday Night Smackdown.

Saturday, June 12
WWE Main Event (5/27/21)-
Give Main Event a watch to see WWE superstars in action who don’t normally get in the ring on Monday Night Raw or Friday Night Smackdown.

Talking Smack-
The post-game show for WWE Smackdown will be available on the WWE Network on Saturday morning.

Independent drop- 12 p.m. EST
If you are looking for action outside of the WWE universe, give ICW Fight Club 175 and wXw We Love Wrestling #10 a shot on NBC Peacock.