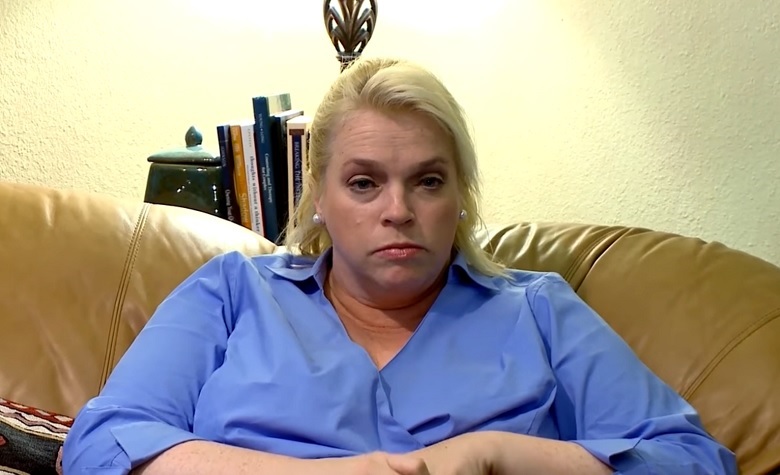 Sister Wives star Janelle Brown recently went headlines after her Arizona rental home hit the market a few days ago. Now, reports claimed that Janelle’s rental home has found its buyer. Meanwhile, fans are curious about why the property was being sold. Some think that the plural family is planning to go back to Utah. There are also rumors stating that Kody Brown has finally started his Coyote Pass Project. However, Janelle did a shocking revelation recently as she shared an empty land which appears to be the Coyote Pass.

According to reports, the rental home of Sister Wives star Janelle Brown currently has a pending offer. Apparently, Janelle’s rental home was listed for sale a few days ago for $699,000. The house is massive. It features a master bedroom that has a private bathroom. It also features a huge kitchen filled with wood cabinets and white countertops. The home also has five bedrooms. Aside from that, reports claimed that the massive house also features a guest studio, garage, and greenhouse. At this point, Janelle has yet to share updates about the reported pending offer of the rental home.

Will The Plural Family Move Back?

Sister Wives fans have seen the plural family struggling a lot in Flagstaff, Arizona. Apparently, Kody Brown’s four wives are currently living in separate houses. The Covid-19 pandemic also added to their separation problems. Their latest season also focused on how they dealt with the pandemic as well as how they communicated far from each other. Christine Brown also suggested moving back to Utah. However, Kody and the other wives disagreed.

Now, there are rumors stating that the plural family is reconsidering moving back to Utah, especially now that Janelle’s rental home finally has a pending buyer. Janelle also shocked the fans after sharing a video of an empty land recently. Apparently, fans think that it’s the Coyote Pass land where Kody is planning to build a massive house. However, no progress has been made in the land so far, making fans think that the family might just sell the land and move back to Utah.

In a social media post, Sister Wives star Janelle Brown shared a picture of her purple cabbage recipe. “Still working my way through the purple cabbage I posted about a little bit ago. Glad it keeps well,” Janelle captioned. “I was skeptical but this is GOOD!” she added. After that, Janelle said that she remembered Christine Brown used to make the same recipe. Apparently, Christine has been on a healthy diet for years. She also loves to share healthy recipes on social media.

Janelle’s post also comes after reports claimed that her rental home currently has a pending offer. However, it appears that she wants to keep things private. Meanwhile, fans are curious about where would Janelle move if ever her rental home got sold.