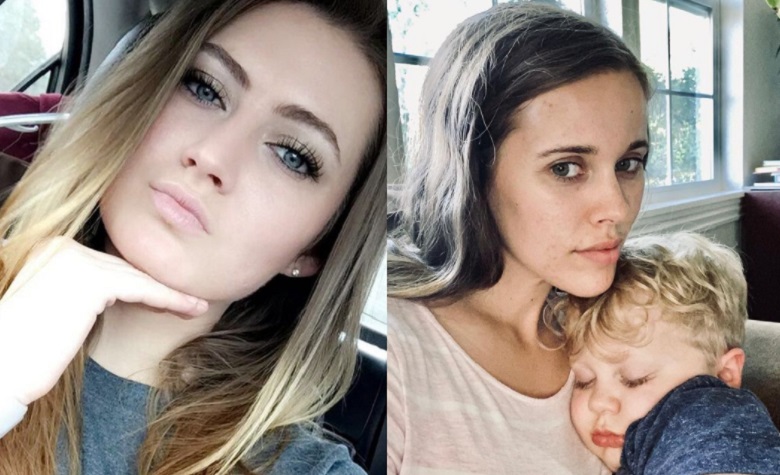 Jessica Seewald, the sister-in-law of Counting On star Jessa Duggar, just filed a divorce against her husband, Dwight Phillips Lester. Jessica’s divorce shocked the fans as it’s against the Duggar family’s beliefs. It’s known that Jessica is a rebellious sister-in-law of Jessa. She often posts revealing photos of herself on social media, and some fans think that it has something to do with her divorce. Meanwhile, others praised Jessica for standing up for herself despite the Duggar’s strict rules about divorce.

According to reports, Jessica Seewald filed a divorce against her husband, Dwight Phillips Lester, on May 21, 2021. The couple’s divorce also comes two years after their marriage. Now, fans noticed that Jessica has finally deleted all photos with her husband on her social media account. At this point, Counting On stars Jessa Duggar and Ben Seewald have yet to share their comments regarding Jessica’s divorce. However, fans from Reddit have already made a discussion and praised Jessica for her standing up for herself.

“Good for her! I really wonder what the Seewalds and Jessa/Ben think about this,” one fan said. “Good for her. I applaud anyone who can admit that their marriage isn’t working and has the good sense to run for the hills,” another fan added. Meanwhile, a fan said that they’re curious about the reasons behind the divorce. “I hope the reason wasn’t anything too awful and her family is supportive of her through this,” the fan said.

Counting On fans have seen Jessa Duggar’s sister-in-law, Jessica Seewald rebelled throughout the years. Apparently, Jessica disregarded the Duggar’s strict conservative rules despite her brother, Ben Seewald, marrying a Duggar. Fans have seen multiple revealing photos of Jessica on social media. Some of it even shows her cleavage. It’s also known that Jessica’s husband, Dwight Phillips Lester, is also a rebellious person who also doesn’t seem to adhere to the Duggar family’s beliefs. However, Jim Bob Duggar himself is also dealing with the rebellious acts of some of his kids. One of which is Jill Duggar, who’s been defying the family’s conservative rules.

Counting On: Will Anna Duggar Do The Same Thing?