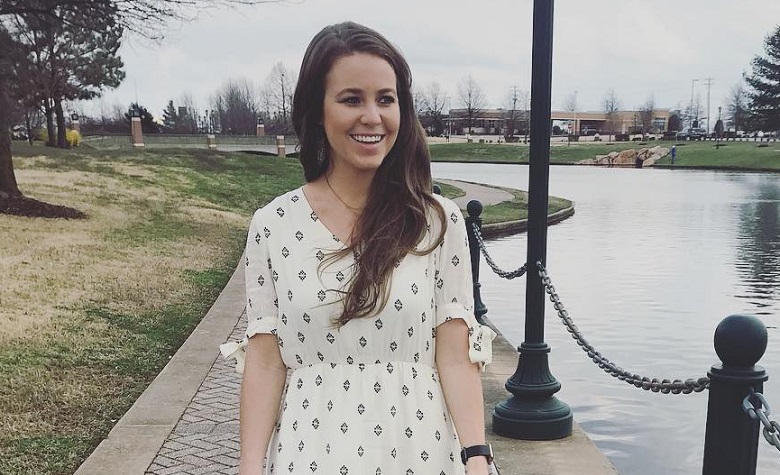 Counting On star Jana Duggar recently went headlines after sharing an update about her massive garden. However, fans still haven’t heard of Jana opening up about her rumored relationship with a pilot named, Stephen Wissmann. Apparently, Jana and Stephen’s rumored relationship has been circulating on social media for months. The two remained silent about the topic. However, a new photo surfaced online which seems to show that Jana is with the Wissmann family again, reigniting her “secret relationship” with Stephen.

Counting On: Jana Duggar Spending Time With The Wissmann Family?

In a social media post, Stephen Wissmann’s sister, Bethany Wissmann, shared a picture of their family bonding. However, eagle-eyed fans noticed that the person in the back wearing a jacket looks like Counting On star Jana Duggar. Apparently, fans noticed that the person at the back was wearing the same jacket that Jana wore during her Magnolia vlog. “Is this the back of Jana’s head at the Wissmann fam reunion? Looks like her hair and similar jacket in Magnolia vid,” one fan said.

Meanwhile, some fans took Reddit to discuss the possibility that Jana was with the Wissmann family. According to a fan, Jill Duggar shared her bonding time with her sisters on the same day that Bethany shared the photo. According to Jill, Jana can’t come over for unknown reasons. Due to this, some fans think that one of the main reasons is that Jana is with the Wissmann family during that time.

Jana’s Relationship With The Wissmann Family

Counting On star Jana Duggar has been spotted bonding with the Wissmann family during Christmas last year. Apparently, the Wissmanss and the Duggars are family friends. There are also rumors stating that the Wismmann family attended the church where the Duggar family also attends. Fans also think that the good relationship between the two families makes it easier for Stephen Wissmann to court Jana. However, during an interview, Stephen revealed that he’s still focusing on his job, and didn’t mention his real status with Jana.

Counting On: Fans Think That Stephen Is Making A Move

Counting On fans think that Stephen Wissmann and Jana Duggar are just trying to hide their relationship. Fans also claim that Stephen and Jana might pull off a surprise wedding similar to Jed Duggar and Katey Nakatsu. Meanwhile, reports claim that Stephen sat with Jim Bob Duggar and talked for a long time during Jed and Katey’s wedding reception. There are reports stating that Jana went to an airshow in Florida back in April to watch and support Stephen.