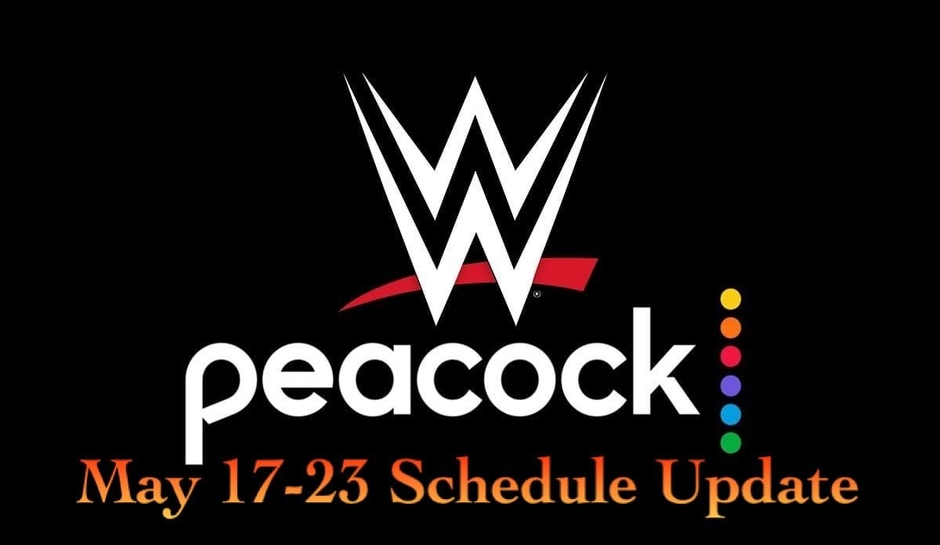 The WWE Network schedule has just dropped as the post-Wrestlemania Backlash road moves forward. WWE NXT and NXT UK release new shows, classic episodes of Wrestling Challenge, and a Best of spotlight of Andre the Giant.

This week on @peacockTV and @WWENetwork:

Raw Talk–
Following Monday Night Raw, the post-game show in the form of Raw Talk will be available on the WWE Network.

Wednesday, May 19
Monday Night Raw (4/19/21)-
If you need to catch up on WWE Raw from last month, the April 19th edition will be available on-demand.

Catch it all at 8/7 C on @USA_Network! pic.twitter.com/1w3lezKyci

WWE NXT (5/18/21)-
If you missed WWE NXT on Tuesday night, the WWE Network has you covered as the black and gold brand will be available.

Thursday, May 20
NXT UK- 3 p.m. EST
The black and gold brand from the United Kingdom drop their latest episode with NXT UK.

Saturday, May 22
WWE Main Event (5/6/21)-
To check out WWE superstars who don’t normally get in on the action on WWE Raw or Smackdown, the Main Event is the place to be.

Independent Drop-
Peak outside the WWE Universe with independent action on ICW Fight Club 172 and PROGRESS Chapter 111: One Leg in the Air.

The Best of WWE: Best of Andre the Giant-
Andre The Giant was the first inductee in the WWE Hall of Fame and one of the greatest superstars of all time. The Best of WWE spotlights the Eight Wonder of the World of the WWE Network.