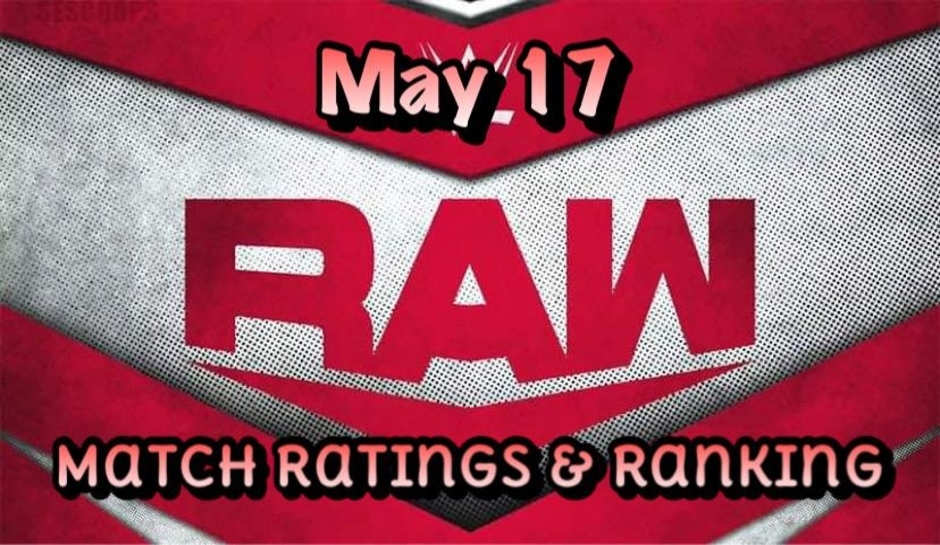 Less than 24-hours removed from WWE Wrestlemania Backlash, WWE Raw planted the seeds for the next steps in the WWE Universe. Charlotte went one on one with Asuka. Sheamus called out Ricochet for his apparent theft from the PPV. AJ Styles took on Elias, as well as Randy Orton and Kofi Kingston going to battle.

8) WWE Women’s Tag Team Championship: Tamina and Natalya d. Shayna Baszler and Nia Jax
Highlight Moment: Nia Jax lays out Natalya with a running avalanche to start the match followed by a corner attack. Shayna Baszler gets the tag and works over Natalya while attempting to keep Tamina at bay. There seems to be a camera issue that didn’t show Alexa Bliss but should have. Pyro blasts out of the corner knocking Reginald to the floor allowing Natalya and Tamina to hit the Heart Attack on Baszler for the win.

Storyline Progression: Natalya and Tamina got the win on last week’s WWE Smackdown to win the titles. Nia Jax and Shayna Baszler got their shot at a rematch, but they seem to have bigger issues.

Final Analysis: The women’s tag division continues to be the go-to bathroom break segment and this was no different. Take a Pass. DUD.

7) Angel Garza d. Drew Gulack
Highlight Moment: Drew Gulak starts the match off quickly with a dropkick. Angel Garza is able to quickly go on the offensive, setting up for a scorpion death drop but using the top rope as a springboard. Garza connects with a double underhook backbreaker, followed by a running boot and the Wing Clipper for the win.

Storyline Progression: Drew Gulak is looking for revenge after Angel Garza made a fool of him last week on WWE Raw. Despite Gulak’s best efforts, Garza walked away the winner again.

Final Analysis: Quick squash for Angel Garza as WWE Raw continues to look to highlight fresh faces. The results are mixed and the mileage varies. Skim It. SQUASH.

6) Randy Orton d. Kofi Kingston
Highlight Moment: Fairly standard match that included an awkward botch of a leapfrog that resulted in Orton getting hit in the face. Orton catches Woods with a powerslam but then directs his attention to Xavier Woods and his trombone playing. The distraction allows Kingston to roll Orton up for the upset win. After the match, Riddle stops Orton from attacking the New Day but pushes Woods to the ground as a show of respect to his tag partner.

Storyline Progression: In recent weeks, Randy Orton and Riddle have formed a successful tag team in the form of RKBro. Riddle has also been friendly with the New Day, much to the chagrin of his new tag team partner.

Final Analysis: Basic as basic can get that felt like a quick house show match. Not much to see but Skim It if you must. **

5) AJ Styles d. Elias
Highlight Moment: After a back and forth battle in the ring, the action spills outside as AJ Styles hits Elias with a springboard forearm. After the commercial break, Styles eats a stiff spinebuster for a two-count. Styles attempts a Styles Clash but Elias is able to reverse it with a spinning suplex. Styles bounces back as he attempts a Phenomenal Forearm but is attacked by Ryker for the DQ.

Storyline Progression: Elias and Jaxson Ryker are looking to climb up the ladder and earn a shot at the WWE Raw Tag Team Titles. Since AJ Styles and Omos won the belts, they’ve made it clear they have no desire to back down from any competition.

Final Analysis: Decent enough match but there’s only so much you can do with Elias, even with a master of his craft like Styles. Skim It. **1/4

4) Open Challenge: Kofi Kingston d. Bobby Lashley
Highlight Moment: Kofi Kingston charges to start the match but gets caught with a chokeslam by Lashley who gets a near fall. Kingston bounces back and knocks Lashley to the floor before taking him out with a cannonball leap over the top rope before the commercial. Back from the break and Lashley resumes his beat down of Kingston, including a staled vertical suplex. Xavier Woods pulls Kingston off Lashley’s shoulders and is kicked out by the referee. Drew McIntyre then comes to ringside and distracts Lashley who is then rolled up by Kingston for the upset.

Storyline Progression: Kofi Kingston answered Bobby Lashley’s challenge as the former champion looked to bounce back to the main event.

Final Analysis: Fun match but I hate the idea of Lashley being pinned, even if it’s non-title and via a fluke. Lashley has been a monster for months now so one loss shouldn’t hurt him, but having him take a pin should be reserved for a bigger moment and event. Skim It on the high side. **3/4

3) Lumberjack Match: Damian Priest d. John Morrison
Highlight Moment: John Morrison used his unorthodox athleticism to avoid the lumberjacks, including flipping off the barricade and spinning off Shelton Benjamin. While the lumberjacks brawled amongst themselves, Priest hit a superplex to Morrison and onto the group outside. Back inside, Priest connects with an avalanche frankensteiner from the top rope followed by Hit the Lights for the win.

Final Analysis: For those who didn’t like the over-the-top entertainment of the zombie match from Wrestlemania Backlash, this will scratch the itch. Worth a Watch. ***

2) Asuka d. Charlotte
Highlight Moment: Charlotte attempts a Spanish Fly, but Asuka holds onto the turnbuckle as the Queen backflips out and lands on her face. After a solid back and forth match, Charlotte and Asuka head outside. Rhea Ripley gets in the face of Charlotte before Asuka nearly catches Ripley with a right hand. Asuka and Charlotte head back inside, but Ripley jumps onto the apron allowing Asuka to get the quick roll-up victory.

Storyline Progression: Rhea Ripley has been getting in the head of Charolotte and Asuka as of late, doing so by defeating both at WWE Wrestlemania Backlash. With Ripley serving as a distraction yet again, Charlotte was issued a fatal distraction.

Final Analysis: Good match between the two as Asuka gets a much-needed win after being ice cold since her loss at Wrestlemania. Worth a Watch. ***1/4

1) US Title Match: Sheamus d. Ricochet
Highlight Moment: Ricochet avoids a charge from Sheamus on the outside before mocking him in the ring. Sheamus uses his power to ground the aerial attack of Ricochet as the match moves to the floor. The US Champion slams Ricochet over the barricade and to the timekeeper’s table. Back after the commercial break and Ricochet catches Sheamus on the top rope and connects with a Spanish Fly. Sheamus bails to the outside but is met with a top rope closeline by Ricochet in the process. Back in the ring and Ricochet springboards off the rope and is met with a BroKick for a two count. Ricochet fights to his feet but Sheamus lands another BroKick which is enough for the win.

Storyline Progression: After answering and losing to Sheamus at WWE Wrestlemania Backlash, Ricochet stole the champion’s hat and jacket.

Final Analysis: Best match on the show and it’s nice to see Ricochet getting a chance to shine. He doesn’t have much of a character and his promo work is weak, but his athleticism in the ring carries him to the point of being more than credible. Worth a Watch. ***1/2