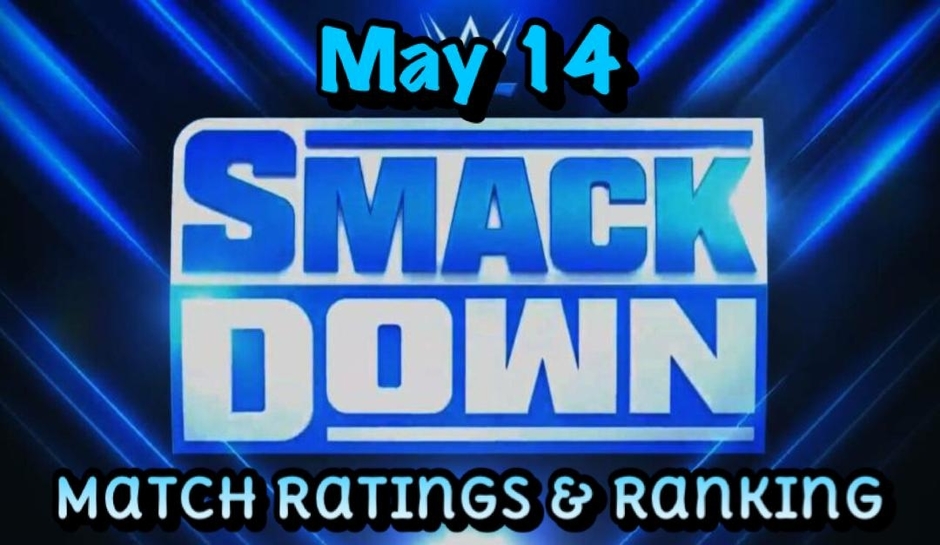 WWE Smackdown dropped their go-home show heading into Wrestling Backlash. Natalya and Tamina got their chance at the Women’s Tag Team Titles. Shinsuke Nakamura battled King Corbin, while Rey Mysterio took on Dolph Ziggler. In the main event, Jimmy Uso returned to action for the first time in over a year and did so against Cesaro.

Every match on WWE Smackdown will include a highlights moment, what the storyline progression is, and a final analysis. Each match will be given a star rating and be ranked from worst to best.

“King” Baron Corbin d. Shinsuke Nakamura
Highlight Moment: Nakamura’s kicks were on full display, as the King of Strong Style was able to counter Corbin’s offense on multiple occasions. Nakamura applies an armbar but Corbin was able to lean his weight forward for the win.

After his loss to King @BaronCorbinWWE, @ShinsukeN was FURIOUS! Not only did he attack Corbin, but he took his crown! #SmackDown pic.twitter.com/7leOoGq8UF

Storyline Progression: Baron Corbin and Shinsuke Nakamura are both looking to get back on the winning track and met face to face on WWE Smackdown. After the match, Corbin throws Nakamura out of the ring. While Corbin celebrating in the ring, Nakamura came back in the ring to knock the King out with a hard kick before taking his crown.

Final Analysis: Decent TV match. Nakamura continuing to lose isn’t a positive, but if it leads to a win over Corbin down the road that’ll at least be something. Skim It. **

Women’s Tag Team Title Match: Natalya and Tamina d. Nia Jax and Shayna Baszler (New Champions)
Highlight Moment: Power match to start as Nia Jax and Shayna Baszler overwhelm Natalya into the commercial break. Baszler and Natalya brawl to the outside before Nattie heads back in. Jax connects with a Samoan drop on Natalya but Tamina being the legal wrestler hits a Superfly splash from the top for the win and the titles.

Storyline Progression: After weeks of being on the heels of the tag team champions, Natalya and Tamina finally got their chance to win the belts.

Final Analysis: The match was pretty short but had good energy. The titles really needed to change since Nia Jax and Shayna Baszler had run their course as champions. Natalya has been solid for a long time and deserves a title, and while Tamina is nothing to write home about, it at least makes for a nice moment. Skim It. **1/4

Rey Mysterio d. Dolph Ziggler
Highlight Moment: Dolph Ziggler maintains the advantage during the early parts of the match before getting knocked to the outside. Mysterio connects with a sliding splash from the ring to the floor as we cut to a commercial. Back from the break and Ziggler regains the control, including hitting a reverse powerslam. Ziggler goes for another slam but gets rolled up by Mysterio who holds on for the pin and the win.

Storyline Progression: In recent weeks, Rey Mysterio and his son Dominik have been working to challenge Dolph Ziggler and Robert Roode for the WWE Smackdown Tag Team Titles. On last week’s Friday Night Smackdown, Dominik was looking to challenge Ziggler but was ambushed in the process.

Final Analysis: Fun match as expected from two veterans who can still go in the ring. I’d put a few bucks on the Mysterios getting the titles at Wrestlemania Backlash. Worth a Watch. ***1/4

Cesaro d. Jimu Uso (DQ)
Highlight Moment: Cesaro gets the early advantage as Jimmy Uso works off some ring rust to start. Uso fakes a knee injury to get the advantage before connecting on a suicide dive before the commercial break. Back from the break and Cesaro hits a lariat for a two-count. Uso heads up top but gets met with a hard Cesaro uppercut before a superplex gets another near fall. After the action spills to the outside, Roman Reigns attacks Cesaro to cause the DQ.

Storyline Progression: Jimmy Uso made his return earlier this month on WWE Smackdown but doesn’t seem to be on the same page as his family. Jimmy has clashed with his brother Jay as well as Roman Reigns. In his first match in over a year, Jimmy Uso looked to prove a point by challenging Cesaro. Jimmy and Reigns go face-to-face as they argue about the interference while Cesaro takes out Jey Uso to end the show.

Final Analysis: Good main event that made you want to see a rematch. The show was solid from start to finish with the main event being the best of the bunch. Wrestlemania Backlash is looking like it will be a solid show. Worth a Watch. ***1/2