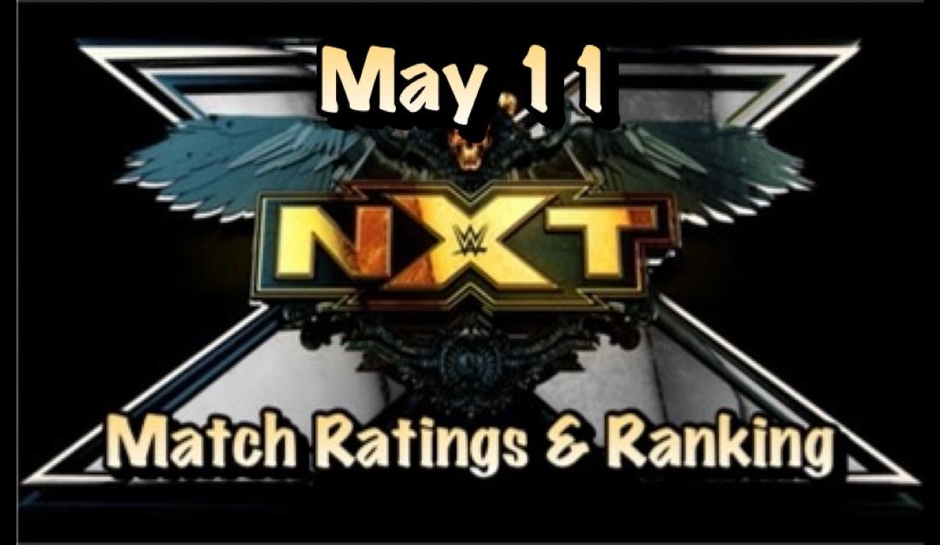 WWE NXT has announced their next TakeOver event in the form of In Your House on June 13. This week’s show planted the seeds for TakeOver with some great in-ring action. Santos Escobar clashed with KUSHIDA in a 2 out of 3 falls match for the Cruiserweight Title. MSK battled Breezango in tag team action. Pete Dunne issued an open challenge while NXT Champion Karrion Kross got some revenge on The Way.

Every match on WWE NXT will include a highlight moment, what the storyline progression is, and a final analysis. Each match will be given a star rating and be ranked from worst to best.

5) Pete Dunne d. Leon Ruff
Highlight Moment: Leon Ruff gave it his best shot, including a hurricanrana from the top rope. Dunne got the win after choking out Ruff with a triangle submission and repeated elbows to the head.

Storyline Progression: Earlier in the night, Leon Ruff attempted to get a match on WWE NXT, but GM William Regal refused to medically clear him. Pete Dunne appeared in the ring and offered an open challenge that was accepted by Ruff who made an attack out of the audience.

Final Analysis: Quick and to the point, and it was fun while it lasted. Looking past the in-ring action, Pete Dunne comes across like a badass, while Leon Ruff gets the rub for having a never-say-die attitude. Skim It for the match, but it’s good stuff. Skim It. **1/4

4) Karrion Kross d. Austin Theory
Highlight Moment: Johnny Gargano attempted to interfere, but Karrion Kross was too much to overcome. Kross hit two stiff Saito suplexes to Austin Theory before hitting several elbows to the back of his head. Kross got the win after a rear-naked choke.

Storyline Progression: The Way and Johnny Gargano have become a thorn in the side of NXT Champion. In response, Karrion Kross took his shot at Gargano’s right-hand man Austin Theory and got the easy win. After the match, Finn Balor appeared and went face to face with Kross.

Final Analysis: Decent match but it was basically a step above a squash for Kross, which is exactly what it should have been. Skim It. **1/4

A return worth waiting for

3) Kyle O’Reilly d. Oney Lorcan
Highlight Moment: Hard-hitting action from start to finish, with Kyle O’Reilly getting the win after a double knee to from the top rope to Lorcan’s head. After the match, Pete Dunne rushes to the ring but is met by a returning Bobby Fish who sided with O’Reilly.

Final Analysis: Solid match that keeps Kyle O’Reilly on the winning track and plants seeds for a match with Dunne. Bobby Fish returning is also a welcome addition. Worth a Watch. ***

MSK d. Breezango
Highlight Moment: As expected with an MSK match, both teams went all out as the champions took to the air to dominate. During the match, the NXT referee did a throwback Nick Patrick spot by doing a leapfrog to avoid the action. MSK got the win by breaking up an Impaler attempt and hitting the Transmission to call it a day.

Storyline Progression: MSK have quickly become a major player in the world of tag team wrestling. Breezango continue to hold down the veteran team roll and are putting on solid matches in the process.

Final Analysis: Fun tag match as MSK continues to move along nicely. They haven’t had a bad match yet and a win against veterans like Breezango made for a good win and match. Worth a Watch. ***1/2

Storyline Progression: Mercedes Martinez has made it clear that she wants a shot at the WWE Women’s Title.

Final Analysis: Great effort from both women to highlight the fact that WWE NXT has the best women’s division in the United States. Not a surprise win by any means, but a good match. Worth a Watch. ***1/2

1) NXT Cruiserweight Title: KUSHIDA d. Santos Escobar
Highlight Moment: At the start of the match, MSK took out LDF to even the odds as both teams were ordered to the back. KUSHIDA reversed a top rope rana with a sunset flip followed by a springboard elbow. Escobar was able to bounce back with a Phantom Driver to win the first fall. Moments later KUSHIDA applies an armbar that forces Escobar to quickly tap put before the commercial break. KUSHIDA hits a Spanish Fly while applying the Hoverboard Lock which led to a Hoverboard Lock suplex for the win.

Final Analysis: Great main event by two of the best in WWE NXT. The outcome was not a surprise as it’s likely that Santos Escobar moves on to bigger things while KUSHIDA holds down the cruiserweight division. Must-Watch. ****