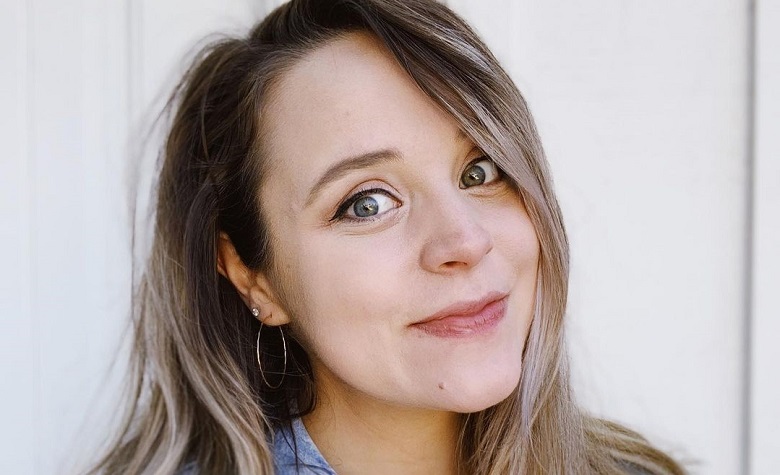 Counting On star Jinger Duggar has been busy selling and promoting their latest book. She’s been sharing positive feedbacks from her fans on social media as well. Aside from that, Jinger has been making headlines for being honest about her body image and health issues. Now, Jinger is praised for her relatable time-saving technique. Apparently, Jinger recently shared a stolen picture of her ironing her clothes. However, fans are impressed as they also do the same technique Jinger is doing.

In a social media post, Counting On star Jinger Duggar shared a stolen picture of her taken by her husband, Jeremy Vuolo. “That moment @jeremy_vuolo caught me saving some serious time ironing my clothes”, Jinger captioned followed by a laughing emoticon. The picture shows Jinger ironing a part of her red checkered outfit while wearing it. Fans took Reddit to share how relatable Jinger’s time-saving technique is. “The most relatable thing a Duggar has done. I know it’s hard to relate to them, but I feel this”, one fan said. “This was what my husband did when we lived in apartments”, another fan added.

Counting On star Jinger Duggar recently went headlines after opening up about her past struggles. Apparently, Jinger suffered an eating disorder when she was dealing with extreme dieting. According to Jinger, she was very desperate about being skinny during her teenage days even though she’s already in shape. “For me, the wrestling was with my weight and my body image, even though I was very in shape and I didn’t need to lose weight”, Jinger said. She also said that she was able to recover and find her identity with the help of Christ.

In a social media post, Counting On star Jeremy Vuolo shared a sweet picture of him and Jinger Duggar. “No complaints”, Jeremy captioned. Apparently, Jeremy was previously criticized for posting “bad pictures” of Jinger. According to some fans, Jeremy appears to intentionally post bad-looking pictures of Jinger to mock her. Now, it appears that Jeremy is making up for his past mistakes and has been sharing sweet and beautiful pictures with his wife.

Jinger’s sister, Jill Duggar, also commented on Jeremy’s sweet post. “Y’all so cute!”, Jill said. It appears that Jill is still trying to connect with her siblings despite her feud with her parents. Jill has been very vocal about Josh Duggar’s recent arrest as well. Meanwhile, Jinger and Jeremy were reportedly “done” and wanted to shy away from all the recent controversies of the family.