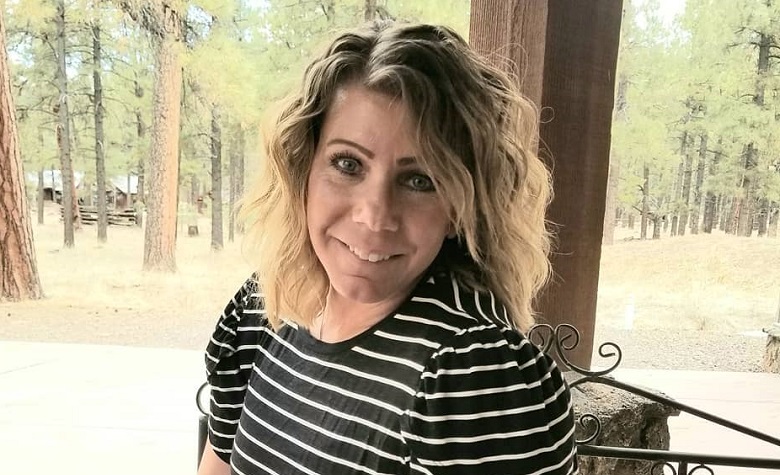 Sister Wives star Meri Brown shared a wholesome throwback picture of her with her daughter Mariah Brown recently. Meri has been silent on social media about her life inside the plural family. She’s been more focused on her bed and breakfast business in Utah. According to reports, Meri barely talks to the other wives and Kody Brown when the cameras are away. Now, it appears that Meri just wants to spread more positivity instead of talking about her struggling family.

In a social media post, Sister Wives star Meri Brown shared a throwback picture of her with her daughter Mariah Brown. “So this is a super far throwback, but I love this photo, and this super amazing kid of mine”, Meri captioned. “And so proud! Mariah amazes me every day and I’m blessed and lucky to be her mom!” she added. Mariah is the only biological child of Meri. She was also seen multiple times during their past seasons. Fans also think that Mariah also has the same strong personality as her mother.

Mariah also became a hot topic when she came out as gay. Apparently, she tried to force her parents to come to terms with their religion. The family had a hard time accepting Mariah at first. However, as time goes by, the family starts to accept her for who she is. Mariah is also praised for being brave to speak out about the issues she cares about.

Where Is Mariah Brown Now?

At this point, Sister Wives star Mariah Brown is currently living in Utah with her fiance, Audrey Kiss. She works at Promise South Salt Lake as a program manager. The family is also looking forward to Mariah and Audrey’s wedding. Kody Brown and Meri Brown also helped the two to search for their wedding venue. According to Mariah, she and Audrey will tie the knot on August 29, 2021. Fans can also expect that it’s going to be a huge event as Kody is known to make gatherings very special.

Sister Wives star Meri Brown has been trying to spread positivity by sharing motivational quotes and even a throwback picture of her and her daughter. However, she can’t seem to hide the pain whenever she remembers her mother, Bonnie, who passed away on March 26, 2021. Apparently, the plural family celebrated Mother’s Day recently. However, Meri dedicated the special event to her mother. She shared a lengthy message talking about how she’s still in pain since the passing of her mother. Meri also revealed some heartwarming stories about her mother. Meanwhile, Janelle shared sweet messages for each of the other wives as well as to Kody’s mother for Mother’s Day.