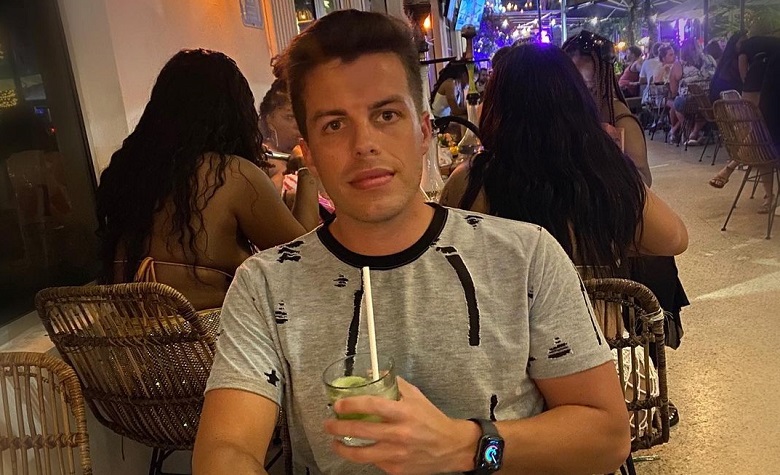 90 Day Fiance stars Jovi Dufren and Yara Zaya have been busy taking care of their baby girl, Mylah. Their latest episode in Happily Ever After? also showed the couple’s life adjustments since the arrival of Mylah. Now, Jovi took social media to connect with his fans and answer some questions. However, one of the questions raised some eyebrows as Jovi opened up about his interest in strip clubs. Aside from that, Jovi also shared his thoughts about having a second wedding.

In a social media post, 90 Day Fiance star Jovi Dufren answered a fan question asking him what he feels about strip clubs after having a baby. “Do you look at the concept of strip clubs differently, now that you are an awesome girl dad?”, the fan asked. After that, Jovi answered with, “Nope, same as before” followed by three laughing emoticons. It appears that Jovi’s partying habit is still there despite the arrival of Mylah. However, fans think that it’s only a matter of time before Jovi realized that he can’t go to clubs anymore. Apparently, Jovi’s wife, Yara Zaya, has become more strict when Mylah arrived. Jovi also knows that it’s going to be a huge mess if he goes partying again while Yara is back home taking care of the baby.

Jovi Opens Up About Having A Second Wedding

After opening up about his interest in strip clubs, 90 Day Fiance star Jovi Dufren answered a fan question asking him about his plans for a second wedding. According to Jovi, he’s not exactly planning for a second wedding. However, he’s looking forward to having a celebration with Yara Zaya’s family. Apparently, Yara’s parents weren’t able to attend her wedding with Jovi. Due to this, Jovi thinks that it’s just right for them to have a celebration after missing the wedding.

The latest season of 90 Day Fiance: Happily Ever After? showed new challenges for Jovi Dufren and Yara Zaya. Apparently, the two are still adjusting to their lives as parents. Jovi is still trying to learn how to buy the right sizes of diapers. Meanwhile, Yara wants to experience the life of being a mother without the help of Jovi’s mother. During their episode, Yara made it clear that she wants to handle things on her own when Jovi’s mother, Gwen, stops by to help. However, it appears that Yara won’t have any choice but to accept her help especially that Jovi has to leave for work for two months.