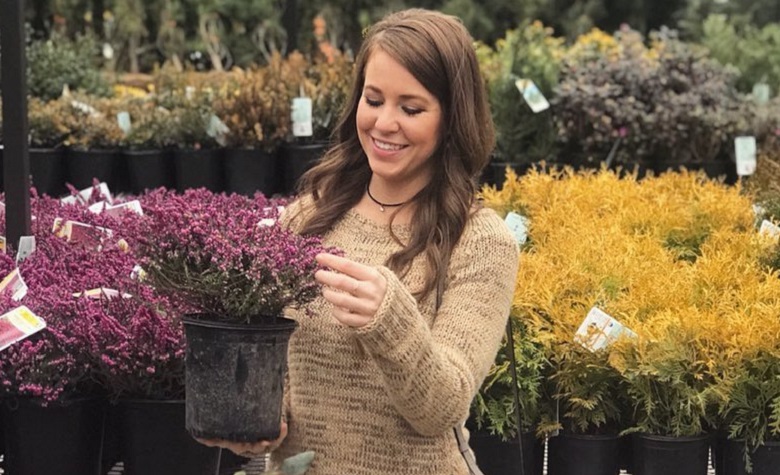 It’s been a while since fans last saw the beautiful garden of Counting On star Jana Duggar. Apparently, Jana owns one of the best gardens in the family. It was even documented in their show where Jana took the kids for a gardening lesson. It also appears that Jana has been an inspiration to some of her siblings in making their own gardens. Now, Jana finally shared a glimpse of her garden during the snowy weather in Arkansas and fans are loving it.

In a social media post, Counting On star Jana Duggar shared a clip of her garden during the snowy weather in Arkansas. “What a difference a day makes”, Jana captioned. She also can’t believe that it’s snowing in Arkansas in the month of April, which is usually hot. “Are these the kind of April showers that bring May flowers??”, Jana added. Fans are also amazed in the short clip of Jana’s garden. One of the clips showed Jana’s huge garden before the snow. Jana even recorded a bee doing its work, showing how healthy Jana’s garden is.

After that, she shared a second clip where the snow hits her garden. Fortunately, Jana knows how to protect her garden. She covered some of them with buckets, while the others had to be moved inside her greenhouse. Fans also shared their excitement in seeing her garden again. “I cried when I watched the episode of your siblings building you that greenhouse. So sweet!”, one fan said. “Looks beautiful!”, another fan added.

The beautiful garden of Counting On star Jana Duggar inspired many including her siblings. One of which is Jill Duggar, who previously revealed that she’s trying to be her sister Jana when it comes to gardening. Unfortunately, Jill had to pause her garden renovation for a while due to the snowy weather in Arkansas lately. On the other hand, Jessa Duggar loves to collect indoor plants. She also impressed the fans with her bedroom renovation where she created a wall shelf and filled it with plants.

Counting On: The Duggars Share Updates During The Snowy Weather

In a social media post, Counting On star Jackson Duggar shared a video of Tyler Dugger riding a lawnmower in snowy weather. Jackson also expressed his disbelief about the sudden snowing in Arkansas lately. “Snow in Arkansas in April?!”, Jackson captioned. After that, Jessa Duggar commented on his brother’s reaction towards the weather. “Haha! I love his excitement!”, Jessa said.

Meanwhile, the Duggar family account also greeted Jason Duggar for his 21st birthday. “@jaseduggar is 21 today! Please join us in wishing him a very happy birthday!”, the family captioned. However, the Duggars didn’t share how they celebrated Jason’s birthday.