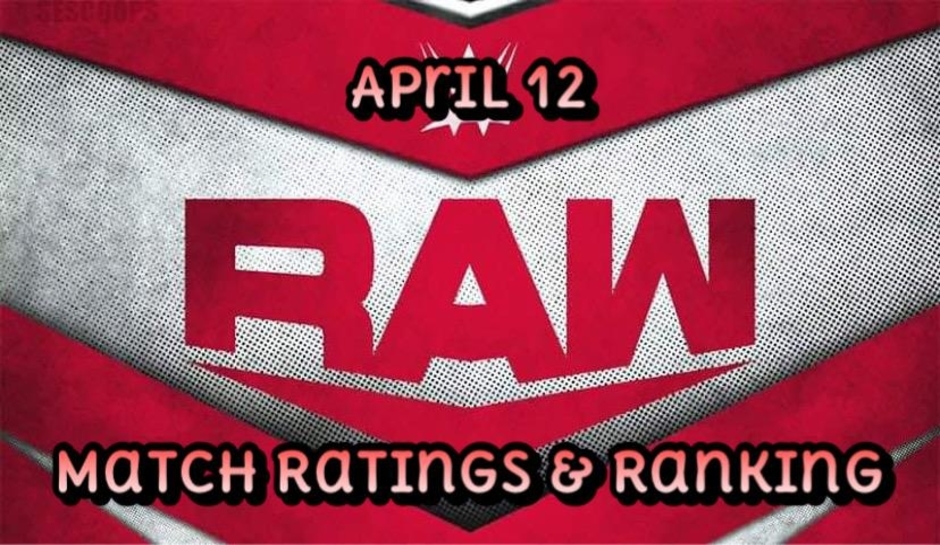 Only 24 hours removed from Wrestlemania, WWE Raw kicked off a new era as history was made at the Grand Daddy of them All. Rhea Ripley defended her newly won Raw Women’s Title in a rematch against Asuka. Bobby Lashley was challenged by Riddle and took out his frustrations on the bro.

7) Nia Jax and Shayna Baszler d. Mandy Rose and Dana Brooke
Highlights: Niz Jax whips Dana Brooke into the corner and squashes her with an avalanche splash. Shayna Baszler and Nia Jax exchange tags and work over Brooke before Mandy Rose makes a blind tag and enters like a house of fire. Rose traps Baszler in the corner, hitting a knee strike before attempting a double underhook that is reversed. Jax tosses Rose back into the ring but slips off the apron to her embarrassment. Rose and Brooke decide to get counted out instead of face a heated Jax.

Storyline Progression: Nia Jax is shown earlier in the night laughing at the video of Mandy Rose slipping and falling at Wrestlemania. Jax is confronted by Rose who slaps her in the face, while Dana Brooke joins in to attack.

Final Analysis: There are a few women on the WWE main roster that are good wrestlers, but the rest seem forced and out of their league. This was a good example. Take a Pass. *

6) The Miz and John Morrison d. Damian Priest
Highlights: The Miz and John Morrison are dressed in street clothes as they take the early advantage over Damian Priest. Priest makes his comeback with corner attacks to both men as a heel kick takes down The Miz. A chokeslam from Priest gets a two count as Morrison makes the safe. Miz and Morrison retreat outside but are taken out by a flipping plancha by Priest. Back inside, Priest hits a spinning wheel kick from the top rope on Morrison but can only get a two-count. The Miz has his suit ripped off and is stripped down to his box briefs ala Ric Flair. Maryse distracts Priest allowing The Miz to roll him up for a cheap win.

Storyline Progression: The Miz TV segment included The Miz’s wife Maryse and John Morrison. After claiming credit for Bad Bunny’s success at Wrestlemania, Damian Priest came out to set The Miz and Morrison straight. A Handicap match was then made for WWE Raw.

Final Analysis: There’s a seed planted in the break up of The Miz and Morrison but Damian Priest is stuck in the middle of it. This was nothing. Take a Pass. *1/2

5) Bobby Lashley d. Riddle
Highlights: Bobby Lashley quickly attacks Riddle on the outside, tossing him into the barricade and the ring post. The action heads back inside as Lashey continues to dominate Riddle. Lashley hits a neckbreaker and then a one-armed vertical suplex. Lashley heads outside to toss the scooter into the Thunderdome crowd before doing the same to Riddle before a commercial. Back from the break as Lashley continues to work over Riddle, including a near fall after a flatliner. Riddle makes a brief comeback but misses a floating bro that leads to Lashley locking in the Hurt Lock for the win.

Storyline Progression: After successfully defending his WWE Title at Wrestlemania, Bobby Lashley arrived early to WWE Raw and was met with a challenge. Riddle, despite his loss of the US Title to Sheamus, challenged Lashley to a one-on-one match. Lashley initially declined, but then changed his mind to teach Riddle a lesson.

Final Analysis: Mostly an extended squash that continued to paint Bobby Lashley as a monster. I’m not sure the point of sacrificing Riddle in this role though. Skim It. **

New Day back on track

4) The New Day d. Elias and Jaxsn Ryker
Highlights: The New Day jump to a quick start, hitting duel planchas on the outside before a commercial. Back from the break as Xavier Woods walks into a spinebuster from Jaxson Ryker. Ryker and Elias keep the action in their corner until Kofi Kingston makes the hot tag, before double teaming Elias for the win.

Storyline Progression: The New Day are just two days removed from losing the WWE Raw Tag Team Titles at Wrestlemania. Elias and Jaxson Ryker come to the ring to praise Shane McMahon while Elias’ guitar is out of sync. The New Day enter and mock Elias and Ryker leading to the match.

Final Analysis: Decent enough match but The New Day feel stale and Elis and Jaxson Ryker just can’t get off the ground running. Skim It. **1/4

3) WWE Raw Women’s Title Match: Rhea Ripley vs Asuka
Highlights: Rhea Ripley tosses Asuka across the ring by her hair but is rolled up for a quick two-count. Asuka locks in an armbar but Ripley is able to reach the ropes. Ripley regains the advantage as WWE Raw heads to a commercial. Back from the break as Ripley continues to maintain her offense. Asuka heads up top and connects with a missile dropkick. Ripley botches an electric chair stop but goes for it a second time and settles for an awkward Samoan drop. A third attempt at the electric chair drop finally hits but it’s once again awkward. The fight goes to the floor as Asuka lands a modified DDT onto the apron as Charlotte attacks both women to cause the double DQ.

Storyline Progression: After holding the title for 231 days, Asuka dropped the belt to Rhea Ripley at WWE Wrestlemania 37. On Monday Night Raw, the rematch was set. Prior to the match, Charlotte came to the ring to voice her displeasure about not being on the Wrestlemania card.

Final Analysis: This started solid but turned into botch city. The match got really clunky, especially coming for Rhea Ripley who just seemed off tonight. Despite her haters, Charollote cut a great pre-match promo and walked away like the star. Skim It. **1/4

Storyline Progression: Shelton Benjamin and Cedric Alexander seem lost in the shuffle since getting kicked out of The Hurt Business. The Viking Raiders have been out of action for nearly a year and made their surprise return as the post-Mania WWE kicks into gear.

Final Analysis: Decent match but it’s just sad to see Benjamin and Alexander going from tag champions in the hottest WWE stable to jobbing out. Skim It. **1/4

1) #1 Contender’s Triple Threat Match: Drew McIntyre d. Randy Orton & Braun Strowman
Highlights: Drew McIntyre and Braun Strowman brawl to start before Randy Orton gets in the middle of things. Orton and McIntyre hit a double team suplex on Strowman before the match heads outside before the commercial. Back from the break as Orton and McIntyre team up to corner Strowman as he heads to the outside. Orton pokes McIntyre’s eyes as he works over his ankle. Strowman heads inside and levels Orton before McIntyre hits a sloppy neckbreaker on Strowman.

Orton and McIntyre head outside but Strowman uses the steps to attack both men. Inside the ring Orton hits the RKO on Storwman before McIntyre breaks up the cover and gets the pin for himself. After the match, MVP appears on the entrance ramp while T-Bar and Mace run into the ring and double chokeslam McIntyre.

Storyline Progression: MVP came to the ring earlier in the night to state that no one can defeat Bobby Lashley. Drew Orton, Braun Strowman, and Randy Orton all come out to issue a challenge prompting WWE official Adam Pearce to appear. Pearce then announced a triple threat match where the winner becomes the #1 contender to the WWE Title.

Final Analysis: Decent main event but the booking is head-scratching. Drew McIntyre gets another shot at the title despite losing clean at Wrestlemania. Randy Orton is made to look a fool after winning his feud with the Fiend. T-Bar and Mace, two useless characters, are inserted as the last visual on the post-Mania WWE Raw. It’s odd but we can only wait and see where it goes from here. Skim It. **3/4