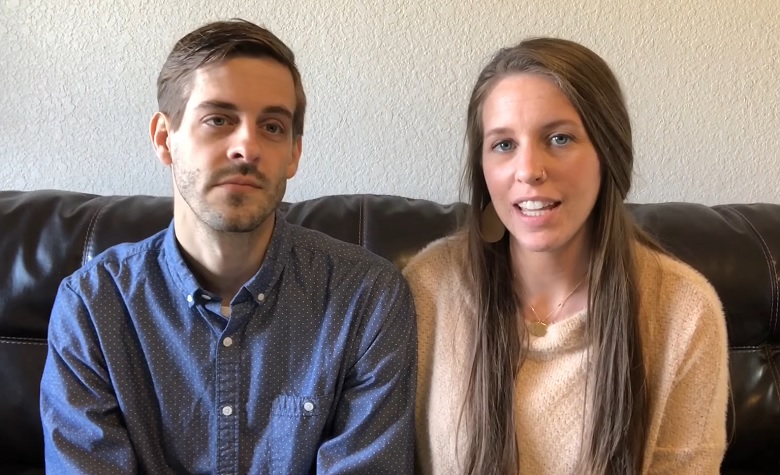 Counting On star Jill Duggar is considered one of the most rebellious daughters of Jim Bob Duggar. However, despite her rebellious image in the family, Jill is still trying to make peace with her siblings. She was previously praised after attending her brother Justin Duggar’s wedding despite her feud with the family.

Now, Jill is trying to interact more with her fans. She recently shared a Q&A video on her YouTube channel. It includes several facts about her and her husband Derick Dillard. However, one of the main highlights of the video is Jill’s revelation of how long since she last visited her parents.

Counting On: Jill Duggar Reveals How Long It Has Been Since They Last Visited Her Family

In a YouTube post, Counting On stars Jill Duggar and Derick Dillard answered several questions from the fans. One of the most notable questions was about their last visit to Jim Bob Duggar and Michelle Duggar. According to Jill, it’s been a while since they last visited the “big house”, which is their reference for the house of their parents.

“Not much. We actually haven’t been over there in a while”, Jill said. “Probably like a couple of years”, she added. Jill also said that they last visited the “big house” just to pick up a mail.

Jill also explained that her situation with the family is still complicated which is why they can’t really visit that often. “In this season of life, we have to prioritize our mental and emotional health and all of that”, Jill added. She also said that the Covid-19 also added to their family struggles.

During their Q&A, Counting On stars Jill Duggar and Derick Dillard were asked if they know how old is the earth. According to Jill, they had a lot of discussions regarding the topic. However, the two admit that they won’t try to make arguments about it as they don’t really know the true age of the earth. After that, Jill said that they believe in what the Bible says. However, they made it clear that they also believe in science.

Meanwhile, Jill previously used several biblical quotes that warn people to be mindful of the fear tactics from the enemies. However, fans think that she’s referring to her ongoing feud with Jim Bob Duggar.

Counting On: Jill & Derick Shares What Kind Of Parents They Will Be If They Have A Daughter

During the Q&A, a fan asked Counting On stars Jill Duggar and Derick Dillard if they will let their daughter rely on a man if ever they had one. “Regardless of whether you have a son or a daughter I think we would raise both of them to be as independent as possible”, Derick said.

“We don’t like 30-year-old kids living in our basement”, he added. Jill agreed to what her husband said and added that it’s good for their own health and well-being. Meanwhile, Jill and Derick previously admit that they hug, kiss, and hold hands in front of their kids as they believe that it’s “healthy.”