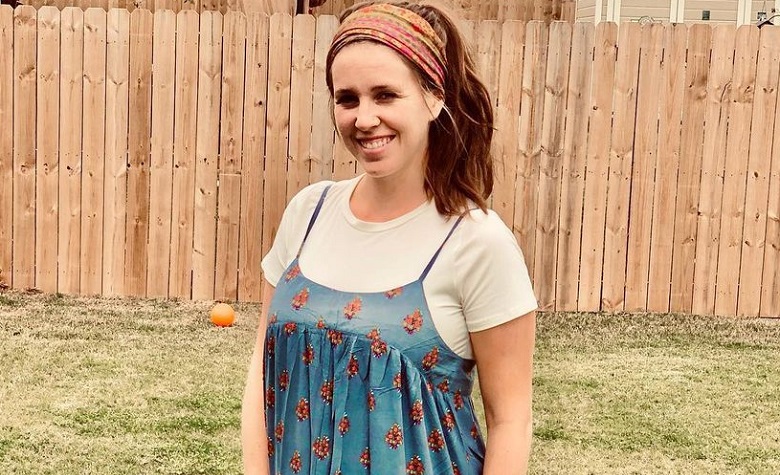 Counting On star Jill Duggar has been making headlines after making peace with her siblings. Apparently, Jill made an unexpected appearance at her brother, Justin Duggar’s wedding. It’s widely known that Jill has been rebelling against Jim Bob Duggar and Michelle Duggar. However, it appears she’s finally reconciling with some of her siblings. Now, Jill made some fans worried after seemingly going back to her usual routine of disregarding the family’s rules about modesty.

Counting On: Jill Duggar Admits She & Her Husband Hugs, Kiss, & Hold Hands In Front Of The Kids

During an interview, Counting On star Jill Duggar opened up about her and her husband, Derick Dillard having PDA in front of their kids. “It’s healthy depending on what the affection is. Hugging, kissing, holding hands. Yes,” Jill said. Aside from that, Jill also said that she and her husband solve their problems in front of the kids as it’s also a good example. “That way, they don’t develop an unrealistic expectation of marriage,” Jill added. She also said that everything will be fine as long a the kids know that she and Derick still love each other in the end.

This Wasn’t The First Time For Jill

Aside from that, Jill also admits using birth control despite her parent’s disapproval. Since then, Jill and Derick told their fans that they keep their marriage fun with bedroom activities. However, some fans find it odd for a Duggar to be open so much about intimacy. However, others expected it from Jill as she already disregarded the family’s rules about modesty for years.

Counting On: Is Jill Back Again With Rebelling?

Counting On star, Jill Duggar has been sharing stories about her intimacy with Derick Dillard, yet again. This made some fans think that she’s going back to her usual rebellious acts towards the family. Apparently, Jill has been rebelling against the rules of Jim Bob Duggar, especially when it comes to modesty. At one point, Jill surprised her fans after having her nose pierced. She was also seen recently in a clothing shop owned by her rebellious cousin Amy King. Jill even tried a dress with a very high slit up the side. She even raised the dress showing off her legs, which is against the Duggar’s rules about modesty.