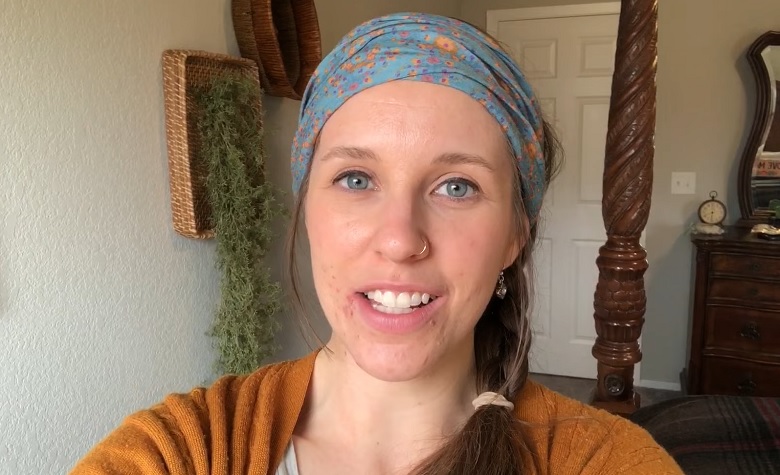 Counting On star Jill Duggar is known for being a rebellious member of the Duggar family. Jill recently made headlines after bringing her son, Sam to the thrift store with her cousin Amy King. Apparently, the Covid-19 pandemic is still raging in Arkansas, and bringing the kids out for shopping was deemed dangerous by her social media followers. Now, Jill is back at it again with her rebellious acts. She recently opened up about what happens in the bedroom with her husband Derick Dillard, which is against her parents’ strict rules about modesty.

Counting On: Jill & Derick Went On A “Progressive Date”

In a YouTube post, Counting On star Jill Duggar revealed that she and her husband Derick Dillard is going on out for a “progressive date.” They also brought their kids on the little trip while talking about their lives. Some fans got confused about the meaning of “progressive date.” One fan asked Jill, “What is a progressive date?” According to Jill, it’s a road trip date where they’ll stop at each restaurant or drive-thru to grab food and drinks. The kids also enjoyed McDonald’s while their parents ate takeout from several restaurants. However, some fans got worried about how long they stayed in the car. Apparently, the video showed the family traveling from morning until night. One fan told Jill, “How long was your date? You were in the car til’ darkness came. I am amazed at how patient your little ones were the entire time.”

Jill Says They Have A Great Realtionship

During their progressive date, Counting On stars Jill Duggar and Derick Dillard shared their intimate life in a humorous way. It all started when Derick told the kids, “Do you know how you got born? We had a date and then you started growing inside of mommy’s tummy.” After that, Jill said, “We had a bunch of dates.” The two smiled for a few seconds and Derick replied with “We did have four dates in one day I think… that one time.” Jill later faced the camera and told her fans, “We have a good s*x life.”

Counting On star Jill Duggar is notorious for her rebellious acts. She went against the family’s dress codes and even had her nose pierced. Meanwhile, Derick Dillard enrolled his oldest son in a public school. Apparently, the Duggars follow a tradition of homeschooling. Furthermore, the two also allowed their kids to listen to pop music instead of strictly Christian songs. Jill also revealed using birth control despite her parents forbidding it. Jill and Derick also faced criticisms after sharing a picture of them drinking alcohol with Jill’s cousin Amy King.