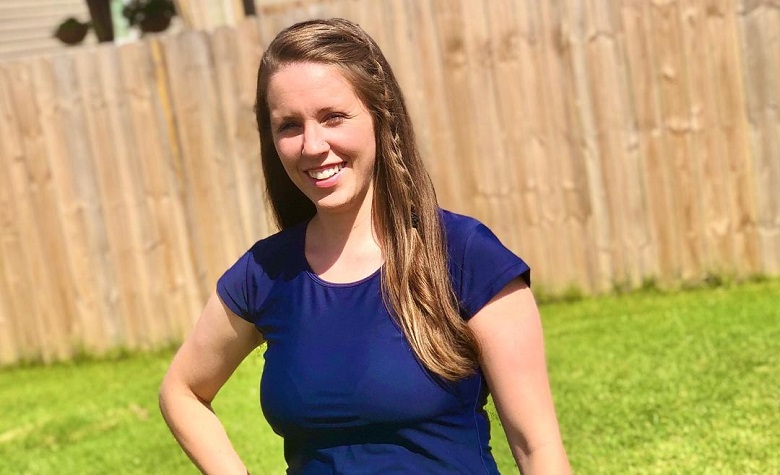 Counting On star Jill Duggar has been receiving a lot of positives from the fans lately. Apparently, fans have been noticing that Jill is heading towards peace with her family. At one point, she was praised for attending her brother Justin Duggar’s wedding despite her feud with the family. Joy-Anna Duggar also shared throwback pictures of them after the wedding ceremony, showing that they finally made peace. However, Jill appears to continue with her rebellious acts towards Jim Bob Duggar. Jill just revealed that she went to the clothes shop of her rebellious cousin Amy King. She also tried different clothes that are against the family’s dress code.

In a social media post, Counting On star Jill Duggar shared a clip of her inside her cousin Amy King’s clothes shop. Apparently, Amy’s clothes shop has been criticized for featuring unmodest clothes, which is against the rules of the Duggars. Earlier in the clip, Jill tried out normal clothing like leggings. She also tried dresses that are more modest.

Jill and her husband Derick Dillard have estranged themselves from the family for years. Since then, Jill has been rebelling against the strict rules of Jim Bob Duggar. Jill is mostly notorious for disobeying the dress codes of the family. However, she also shocked the fans after revealing that she had her nose pierced.

Jill Tries A Dress With A Huge Slit

Counting On star Jill Duggar tried different outfits during her time in her cousin’s clothes shop. However, fans were surprised after she tried a dress with a huge slit. She even raised it, showing her legs which is against the family’s rules of modesty. After that, fans screenshotted it and took to Reddit to discuss Jill’s rebellious acts. However, instead of slamming her, some supported Jill for her bravery. “She very quickly shows her thigh. Jim Bob must be having a heart attack. Go Jill, tho!”, one fan said. “It’s crazy that this modest dress would be considered scandalous by some,” another fan added. Jill and her cousin Amy king are widely known as rebellious members of the Duggar family. At one point, the two were called out after drinking alcohol on a double date with their husbands.

Counting On: Jill May Still Not Be In Peace With Some Of The Duggars

Counting On star Jill Duggar appears to make peace with some of her siblings. However, fans think that she’s still not on good terms with most of them, especially with her parents. In a social media post, Jill shared several biblical quotes about encouragement and motivations. However, one of her most notable quotes says, “Be mindful of the fear tactics the enemy might use to get you distracted from your hope & victor JESUS CHRIST!!” Apparently, fans think that Jill still considers some as her enemy and wants to show that she’s very mindful towards them. Despite reconciling with some of her siblings, it appears that Jill is still struggling on making peace with Jim Bob Duggar and Michelle Duggar.