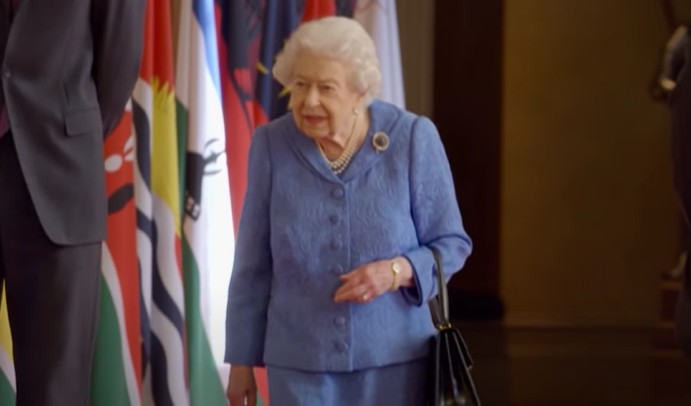 Many across the world will be tuning in to see Prince Harry and Meghan Markle’s much-anticipated interview. The interview with Oprah Winfrey will air Sunday evening on CBS. As fans and followers of the royal family tune in to see the tell-all, many wonder if Queen Elizabeth will be watching as well.

On the same day, Prince Harry and Meghan Markle will spill the tea, Queen Elizabeth delivered a message to her people. The speech was in honor of Commonwealth Day. During her speech, she praised her country for continued unity and dealing with the coronavirus pandemic.

She said, “Over the coming week, as we celebrate the friendship, spirit of unity and achievements of the Commonwealth, we have an opportunity to reflect on a time like no other.” The Queen continued, “Whilst experiences of the last year have been different across the Commonwealth, stirring examples of courage, commitment and selfless dedication have been demonstrated in every Commonwealth nation and territory, notably by those working on the frontline who have been delivering healthcare and other public services.”

Sources indicate the Queen is still close to her grandson

Scobie said, “It’s a tough one for Harry and Meghan. They planned this interview before Prince Philip was admitted to the hospital, and, unfortunately, here we are facing the third weekend of him still in the care of the hospital here in London. But for Harry and Meghan, they have kept a great relationship with Philip and the queen.”

During the interview, Oprah asked if Meghan remained silent or was silenced. She said the latter.

Meghan said in regards to the family dynamic it’s hard for people to understand there are two different sides. She said, “It’s a family business right, there’s the family, and then there’s the people that are running the institution, those are two separate things.” Meghan added, “It’s important to be able to compartmentalize that because the Queen, for example, has always been wonderful to me.”