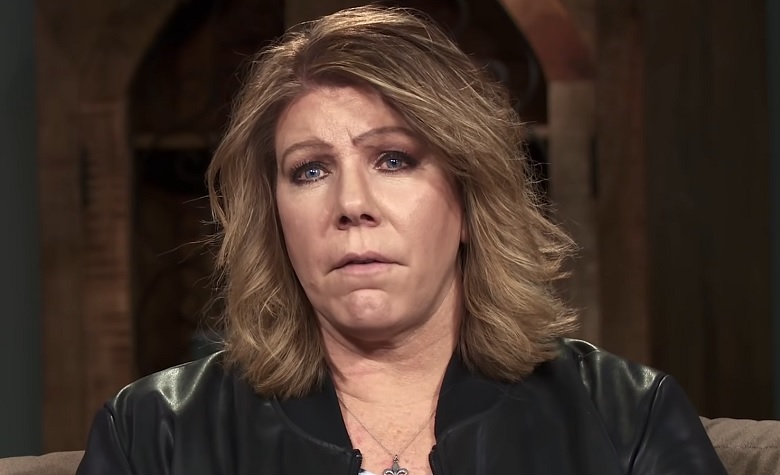 Sister Wives star Meri Brown has been making headlines after she revealed that her relationship with Kody Brown has been dead. Apparently, the two returned to Las Vegas two months ago to see a therapist. However, instead of trying to fix their marriage, Kody said that they’re not acting like a married couple anymore. Meri and Kody have been rumored to have split last year. However, the latest episode showed that they’re still trying their best to survive. Now, Meri shared another cryptic message about staying loyal, which seems to shade at her polygamist husband.

In a social media post, Sister Wives star Meri Brown shared a puzzling quote that talks about loyalty. “Commitment means staying loyal to what you said you were going to do long after the mood you said it in his left you,” she said. It appears that Meri is firing shots at how Kody treats her recently. Apparently, Kody revealed that their relationship has been in a very dark spot. He also thinks that it can no longer be restored to what it used to be. Meri’s quote also seems to shade to Kody’s loyalty to his plural family. It’s no secret that jealousy has been circulating in the Brown family. At one point, Christine Brown apologized to her co-wives after admitting that she still gets “super jealous” over them. 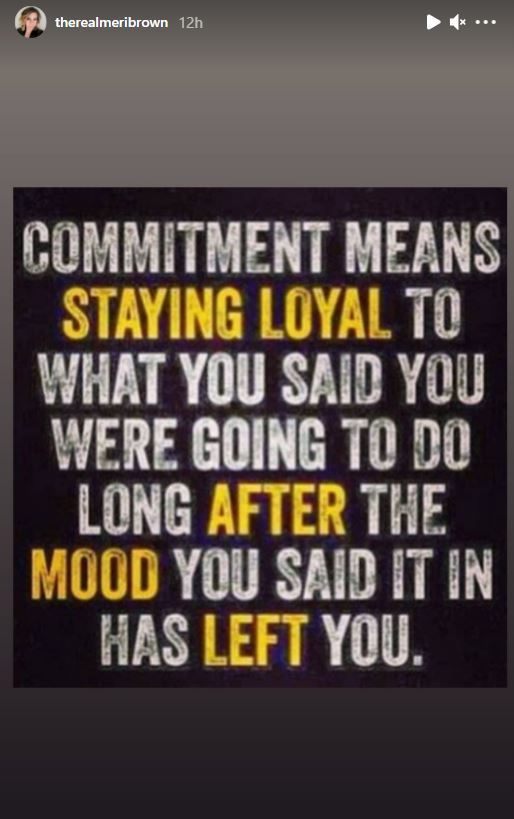 Meanwhile, fans have been speculating that Robyn Brown is one of the main reasons why the wives are getting jealous. Kody even slammed a troll criticizing him for neglecting his other wives for Robyn, which made things worse. Apparently, Kody never acted that way when it comes to his other wives. One fan even told him, “Where’s this energy for the rest of the wives, Kody?”

Will Meri & Kody Bring Back The Spark In Their Relationship?

Sister Wives star Meri Brown has been trying her best to restore her relationship with Kody Brown. However, Kody has been having a hard time trusting Meri after her catfish scandal back in 2015. Since then, the relationship between the two went downhill. However, they’re still together despite being very awkward at each other. The Season 15 teaser even showed Kody avoiding Meri’s kiss. There are still a lot of episodes to come in Season 15. Due to this, fans can expect that the two will eventually find a way to bring the spark in their marriage.

During Sister Wives Season 15 Episode 3, Kody Brown and his wives started talking about the Coyote Pass Project. During their discussion, Kody revealed that he doesn’t have enough money to start the project. However, Christine Brown insisted that they should start it as soon as possible at its starting to create problems in the family. After that, Meri suggested that they should wait for a few months before starting the project. However, Kody shocked his wives after saying that there are times where he just wanted to sell the Coyote Pass and move on.